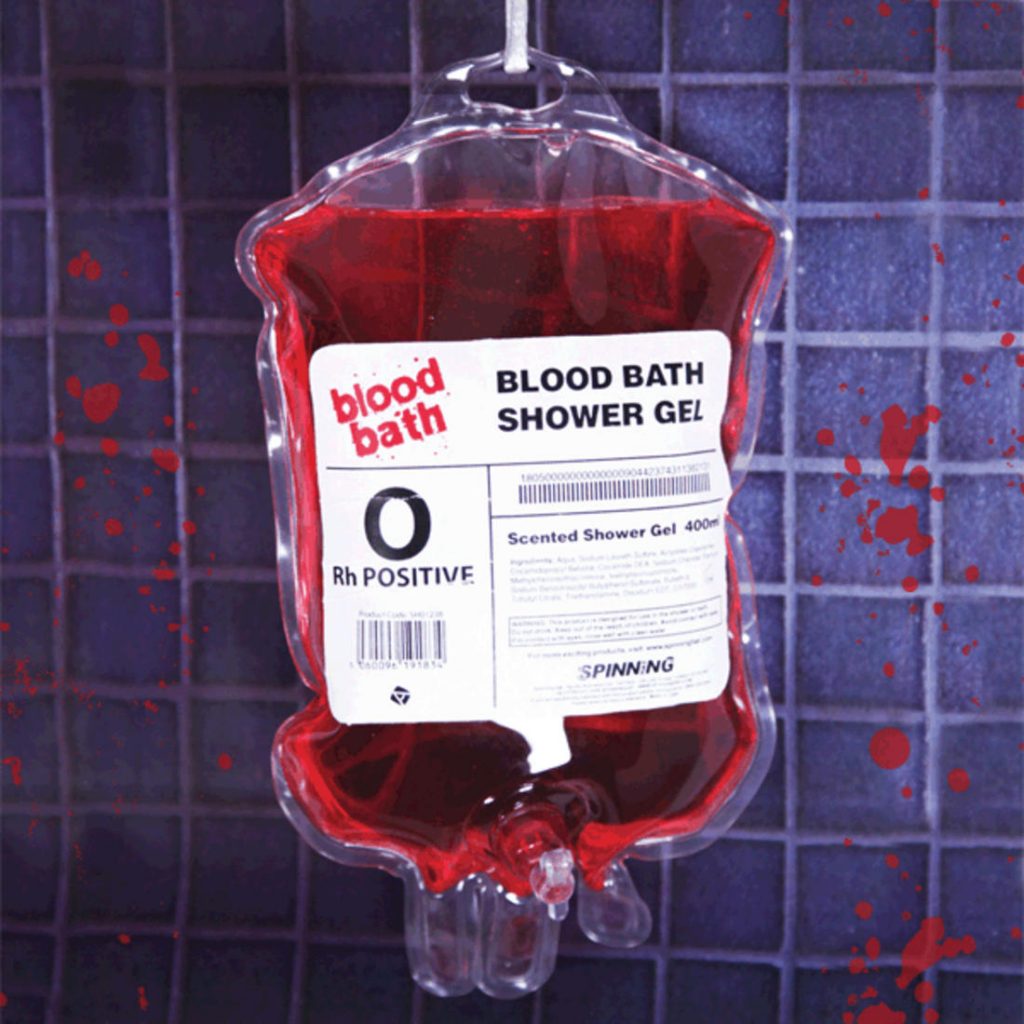 Previous piece on population decline (‘Crowd Control’) touched on the subject of neo-vampirism. Two hours after it posted, a group of anti-ageing academics I correspond with emailed me a file of recent and fascinating research papers on the subject. The science of life is spreading out in all directions at warp speed!

I felt a deep sense of gratitude that there are so many good scientists out there asking such fascinating questions, broadening our horizons and trying to move towards some kind of truth. I felt a renewed sense of disgust at self-seeking politicians whose aim is to obscure any kind of truth, who smear and lie in a never-ending cycle of self-interest, who continually piss on us and tell us it is raining. But enough of those creatures of the night.

The idea of obtaining some kind of power from drinking the blood of others has a long and diverse history, and occurs in almost all cultures. The most notorious practitioner of the art is probably the Hungarian Countess Elizabeth Báthory de Ecsed, a 16th century aristocrat who was involved in the murder of a large, if undetermined number of young women (1) and who may have bathed in the blood of virgins in a delusional attempt at self-medication. She was either the inspiration for Hilary Clinton, or alternatively the stories were invented to blacken her name and reputation. History is revisionism, after all, and at roughly 10 pints of blood / woman, with perhaps 75% extraction, it would take 60 virgins to fill an average bathtub. This does not seem practical.

For latter-day devotees there is the Vampirism Forum, a community for real life vampires and other beings of darkness (2). For the more scientifically inclined, there is Pubmed. If you enter the dark realm of Pubmed and use ‘young’ and ‘plasma’ as search terms, a few papers pop up which will in turn direct you to other more obscure gems, und so immer weiter … into a mind space without limits, if you have the appetite for it, and a game that never ends.

There are wizards and mavens at every turn of this vast maze, and the key words you will need to find your way on this quest are ‘heterochronic parabiosis’. In plain English, this means grafting two animals together.

The surgery started in France in the 1860’s (3), and retained a French accent up until the beginning of the 20th century when French surgeon and anti-ageing researcher Alexis Carell (4) developed the techniques still used today to allow two animals to share a communal circulatory system. Pairing an older animal with a younger one in this way, and thus infusing the older animal with young blood, has been shown to reverse many of the signs of ageing in the older partner, including a degree of epigenetic rejuvenation (5-10). As all students of magick know, however, this comes at a cost. Ageing in the younger animal accelerates … (11-12).

What this tells us is that ageing is coordinated, and that the many hundreds of signalling molecules in the blood play a major role in the way that complex organic life forms experience time. It also holds out the promise of extending our stay on this planet.

If the thought of George Soros draining the life from some hapless youth in a Carpathian laboratory designed by Ken Strickfaden is too much to stomach, put down the popcorn and relax. You don’t need heterochronic parabiosis, with all its immunological and microbiological hazards, when all you need is love. Or more accurately, a little plasma.

Donations of young plasma have significant anti-ageing effects (13-17), and some of the rejuvenating factors in young plasma have been identified including myostatin (18), IGF-1 (19), IGF-2 (20), and TIMP2 (14). The science is so persuasive, and the public health issue of neurodegenerative disease so serious, that clinical trials are already underway to see if young plasma or fractions thereof can slow or stop the progression of Alzheimer’s (21) and Parkinsonism (22). Early reports of symptomatic improvement in the Parkinsonian trial subjects are encouraging …

Some of the most recent research shows just how profound this anti-ageing strategy is. In a 2020 study headed by leading researchers Steve Horvath and Harold Katcher (23), old rats were given 4 injections of a plasma fraction from young rats over a period of 8 days at 109 weeks of age, and a second series of injections at 124 weeks. After a further 8 weeks the rats were analysed to find that most signs of ageing had been significantly reversed. Not only had their physical strength been restored to youthful levels but so had their cognitive function, haematology, blood chemistry, metabolic markers of oxidative and inflammatory stress, and epigenetic clocks (DNA methylation patterns) in a range of tissues.

This was the equivalent of treating people who are 68, and then again at 76. And then, when chronologically aged 81, checking their biological age to find that it is the same as a 40-year-old.

Only 6 animals were treated and the paper has not yet been peer-reviewed, but given the status of the lead researchers and the importance of their previous work, I assume at this stage that the results are accurate and meaningful. Lucrative too, if you’re young and healthy in this brave new world.

You could donate or sell your plasma once or perhaps twice a week, 700-900 mls depending on body weight, without coming to undue harm (24). You would have a regular source of income while an elderly relative or client gets a life-saver, or at least a life-extender. You would do well by doing good (25). It’s an interesting business proposition, which if constructed on the disseminated Mississippi cotton gin model should bring money back from the wealthy gerontocracy to the much larger group of young and impecunious who have lost all other opportunities, thanks to the previous generation’s slash and burn.

It’s not that simple, of course. You will need a plasmaphoretic facility. Rigorous screening of donors will be required, to prevent the transmission of infections. Some of the rejuvenating factors, which are also growth factors, could increase the risk of clinically significant cancer in the recipient (26, 27), so a legal team is de rigueur. And even if you can amass all these things, you may find that you have been patent-fenced out of business.

Katcher’s company, Nugenics Research, is poised to be a big player in the new, new plasma market with a product called ‘Elixir’. Alkahest, another scientific group, is testing sub-fractions of plasma proteins and targeting them at different diseases. Ambrosia, the company which may or may not have been shut down by the FDA in 2018, is open again for business selling young plasma at $8000 a liter, and two liters for the bargain price of $12,000. Buy three, get one free. It can’t be long before the cartels, who already specialize in blood and money, get involved …

There are alternatives. The fashionable supplement nicotinamide mononucleotide appears to be able to reproduce some (not all) of the effects of young plasma (28, 29, and can be cheaply synthesized. But whichever comes first, the ageing process is opening up and the prospect of negotiating with it is here.

I’ll return to Alexis Carrel, who ended his career as Director of the wonderfully named French Foundation for the Study of Human Problems, in Paris. Carrel’s innovative if occasionally macabre work earned him a Nobel prize for Medicine, and was indispensable to current developments in anti-ageing science. He said, ‘The first duty of society is to give each of its members the possibility of fulfilling his destiny. When it becomes incapable of performing this duty it must be transformed.’

I agree with him. And the game goes on.