The newest book of Dr. Paul Clayton – “Strengthening your immune system. How to fight infection, allergy and autoimmune disease”. 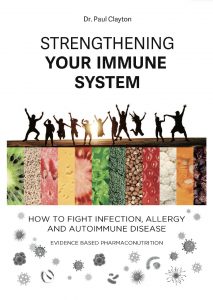 Right up until the early 20th century, infectious diseases were always the most important cause of illness and death. Improved sanitation, vaccination and then antibiotics briefly tipped the scales in our favour but in the 21st century, the infectious diseases are making a comeback. Antibiotic and anti-fungal drugs are losing so much of their effectiveness that if current trends continue, many elements of modern medicine, from anticancer drugs to intensive surgeries, will become unusable. And new viruses are entering the human population at an increasing rate.Fortunately, we have powerful immune systems that have an amazing ability to keep the bugs at bay. Unfortunately, modern lifestyles have harmed those immune systems. They have not only become less able to protect us, they are increasingly turning against us. We see this in the growing epidemics of allergy and autoimmune disease, and our increased vulnerability to infection. This book shows how to undo the damage. It contains a set of simple, science-based steps you can use to rebuild your immune system, strengthen your defences and live a healthier life.

Dr. Paul Clayton’s book “Let Your Food Be Your Pharmaco-Nutrition. The New Road to Health, Healing and Happiness” 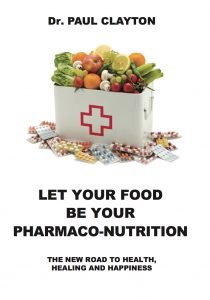 Public health is declining. The so-called ‘diseases of civilisation’ are increasing, and occurring in progressively younger groups of people. Waistlines are expanding, intelligence and fertility are falling, and prospects for the next generation look bleak. At the core of all these problems is a process called ‘inflammageing,’ a metabolic error largely caused by our diets and lifestyles. There are no drugs available to treat this, but it can easily be reversed by making a few simple changes.This book explains what inflammageing is, and how it damages your health. It shows what causes it, and how to minimise those causes. And it shows you how to switch inflammageing off, to achieve better health and – if you want it – a longer life.

Dr. Paul Clayton’s book “Out of the Fire” 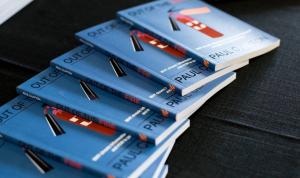 The hottest topic in medical science today is the Grand Unified Theory of Disease, which finds that nearly all disease is caused by chronic inflammation. This revolutionary new idea is accepted by most clinical scientists but has not yet reached the doctors, who still rely on synthetic drugs which fail to address the root causes of illness”, dr. Paul Clayton says.

Most drugs treat symptoms rather than the root causes of disease, and by the time symptoms emerge the disease has already progressed a long way; the ‘age-related’ diseases develop silently for many years before they finally emerge, and start to cause pain or disability. The drug model has also signally failed to prevent the gathering tides of diabetes, dementia, allergy, cancer, osteoporosis …