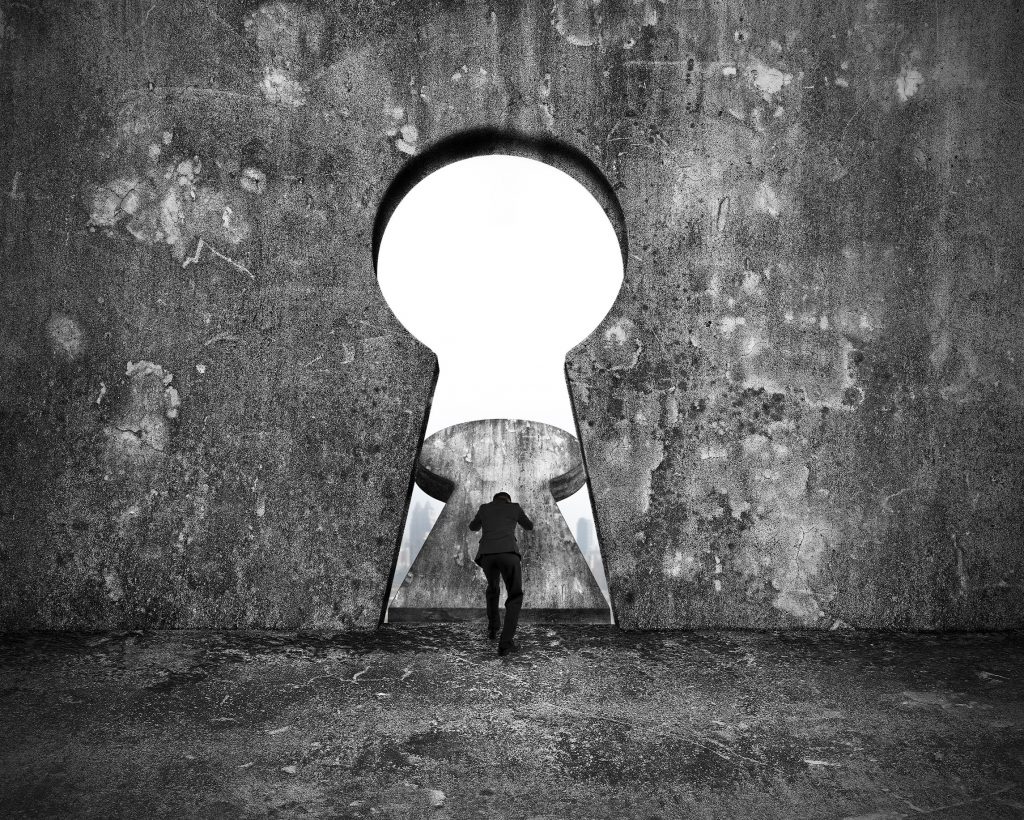 Special K means different things to different people. For dieters it is low-Kalorie Kandy-Kolored Kibble from Kelloggs, but for just as many – maybe more – it stands for ketamine.

Ketamine is a Jekyll and Hyde kind of chemical. On the respectable side it is used as an anaesthetic in veterinary and front-line military surgery, and, increasingly, for treatment-resistant depression, anxiety disorders and PTSD. Many psychiatrists (and their patients) vouch for it, and it may be particularly useful in that sub-set of depressive patients with RSA activation and high resting heart rate (1, 2). On the Hyde side it is also a street drug, which I first encountered on the mean streets of South London in the summer of 1985.

It didn’t hold my interest for long but is still very much around, and a party drug of choice. Dissociative, somewhat psychedelic, feelings of connectivity, floatiness and mild euphoria, fast on and off, relatively safe – you can see why people like it, and why some people like it too much. Psychological addiction happens, along with various withdrawal effects, and is difficult for all concerned.

However, ketamine and its hemi-racemic brother esketamine have a third string to their bow. They are neurotrophic tools that can be used to explore the many-coloured coat of consciousness.

During the dissociative anaesthesia induced by high dose ketamine patients seem catatonic, they can look around and swallow but they don’t feel pain or process information in the normal way. They report feeling as if their mind has separated from their body. At higher doses, they fall into the K-hole. This is an un-nerving combination of extreme disassociation, confusion and loss of the sense of self, frequently described by those who have experienced it as a near-death experience.

A recent experiment on sheep hints at the neurological basis of the K-hole, and of consciousness. Six woolly jumpers were given an iv dose of ketamine at the high end of the anaesthetic range. When you scan their ECG recordings (3) you can see that at 2 minutes, right around the time when iv users report feeling that brain and body have separated, all electrical activity in the sheep’s cortices stopped. The hum and buzz of innumerable neuronal communications cuts off and is replaced by complete radio silence for a few minutes, before re-appearing equally abruptly.

Why sheep? Because there are important anatomic similarities between sheep and human brains, and they’re smarter than you think (4).

The researchers described this as ‘temporarily switching off the brain’, but this is not entirely accurate. The cortices and probably the cerebellum (5) may have shut down, but activity in other parts of the central nervous system which the ECG could not monitor undoubtedly continued. People are able to return from K-holes because deeper structures such as the brain stem still function, which is how they can keep on breathing.

The sheep study was carried out at the University of Cambridge’s Department of Physiology, Development and Neuroscience, and it’s worth cross-referencing it against an almost simultaneously published paper out of the University of Surrey (6). The two universities are worlds apart in terms of their ranking and reputation (Cambridge is in the world’s top 3 while Surrey just squeaks into the top 300), but the Surrey paper provides a more interesting, more radical and far more important perspective.

In this paper, neuroscientist / philosopher Johnjoe McFadden skips lightly around Cambridge and cites the University of Oxford, world ranking No. 1, as an example of category error in that it has no material existence and can best be explainedas a causal chain of operations (ie ideas, values and traditions) in time, rather than a physical integration in space.

He then makes a persuasive case for consciousness as being an analagous construction, based not in the standard neurological substrate but in the ebb and flow of the electromagnetic field, produced by neuro-electric tone and impulses, which bathes the entire brain. Bits of information are still being processed via neuronal circuitry (axon, dendrite, synapse, post-synaptic response etc), but in McFadden’s model the far more rapidly shifting and evolving spotlight of consciousness requires something more dynamic and more fluid.

He cites convincing evidence that neurons not only generate the electromagnetic field but also respond to it, providing a necessary factor for the interconnectivity and reflexivity of consciousness. Much of this evidence has been generated since McFadden first started down this road almost twenty years ago, and it must have been incredibly gratifying for him to witness the accumulation of so many data points which support his consciousness electromagnetic information (CEMI) field theory. CEMI is almost certainly where free will resides, and it transmutes the old body / soul dichotomy into a far more productive matter / energy interplay.

Back, for a moment, to the Cambridge flock. As the ketamine wore off their brain activity started shifting between low and high frequency oscillations before stabilizing, at which point it seems that full consciousness emerged. These results appear to fit the CEMI model but were not cited as they were published after McFadden’s important paper had been submitted.

If I have one caveat about his 2020 report, it is that it fails to reference the Case Western / Tianjin team who demonstrated the previous year that information can jump across fissures cut surgically through the brain, by means of electrical fields (7). Nor does he mention the use of transcranial magnetic stimulation in the treatment of depression (8), or the possible involvement of nutritional factors.

But I’m nitpicking. The McFadden paper is a fascinating and fun read, and I am very grateful indeed to the journal Neuroscience of Consciousness for making it freely available.

I am also profoundly interested in the work of Drs Shevchenko and Shulgin at the Ural State Technical University. They appear to be creating a computational system which utilizes McFadden’s electromagnetic field theory to provide component – gestalt – component feedback, and which may be the first AI system to achieve some sort of consciousness (12, 13). Skynet is coming, and I for one welcome our new silicon overlords. They can’t be any worse than the current lot.

Now for a final helping of Special K with MRM’s.

Maladaptive Reward Memories (MRM’s) are the kind of memories that reinforce self-destructive habits, linking alcohol or drugs (and possibly bad relationships) with a limited but potent form of pleasure. MRMs explain the tendency of environmental triggers such as the smell of alcohol, and contexts such as your ex’s bedroom, to grab your attention and provoke motivated and counter-productive behavioral routines. They are hard-wired, and very hard to forget …

Ketamine inhibits the neuronal activity involved in memory formation by blocking N-Methyl D-Aspartate Receptors, or NMDAR’s (14). New evidence shows that it might be able to selectively degrade MRM’s at the moment of their greatest instability, ie at the moment when they are being retrieved.

In one recent and well-designed trial (15), i.v. ketamine was given to heavy drinkers simultaneously with photos of their drug of choice. This experiment was repeated for three days, and the drinkers were then released back into the wild. Their alcohol intake halved for at least the next 9 months because they now found alcohol less pleasurable. Their MDM neuro-circuitry had been damped.

This work needs to be repeated, but other studies had previously found ketamine helpful in the management of heroin and cocaine abuse (16-18). If others scientists confirm the general approach, the possibility of whole-sale and even DIY memory re-programming will open up new avenues in the management of substance and self-abuse.

Before we can get there, however, we have to deal with – as ever – the idiocy of politicians. In the UK, the possession of ketamine will get you up to 5 years in the pen while supplying can get you 14. In some US States, however, you can walk off the street into a ketamine clinic, chat with a nurse-practitioner for ten minutes and walk out with a prescription for the stuff. These very different systems are the result of local political and economic considerations taking precedence over science; they cannot both be right.

There is a link between ketamine and nutrition, which is after all what this blog obsesses about.

It involves the pluripotent polyphenols, again. There is evidence that some polyphenols stimulate NMDAR receptors (19, but also see 20), and may even, via the NMDAR’s and sirtuins, exacerbate MRM’s (21). This could mean that consuming foods containing significant amounts of polyphenols might just make getting over a bad habit or a bad relationship a tad more difficult. Chocolate, anyone?. .

As the letter of the day is K (22), I cannot let this go without mentioning the Covid-flavoured K-shaped ‘recovery’ that is crushing the middle classes, siphoning money from the many to the elite few and destroying social fabric everywhere. The family dynasties that control the central banking system are a plague on humanity, and the spontaneously coordinated anger and actions of Wallstreetbets and the Reddit sub-boards might just be the social CEMI the world needs right now.

Finally, having experienced and studied crowd psychology from a variety of angles, I can’t help wondering if there is an equivalent to CEMI in the hive. Phenomena such as the way in which the mood of a crowd can shift in a split second, or the near-instantaneous coordination of a flock of starlings, are reminiscent of a field effect.

This was studied many years ago by zoologist Wayne Potts, who developed the ‘Chorus Line’ hypothesis in his 1984 paper in Nature (23). Although changes in direction spread through a flock faster than avian reaction times allow, Potts analysis of frame-by-frame film showed that birds closest to a prime mover reacted within avian reaction time; and he suggested that birds further from the initiator could see a wave approaching them and compensate accordingly, like a Radio City chorus line.

I do not believe that the Chorus Line hypothesis has ever been proved, and I can’t imagine how it could be. There are far more things in heaven and earth, however, than I could ever dream of.