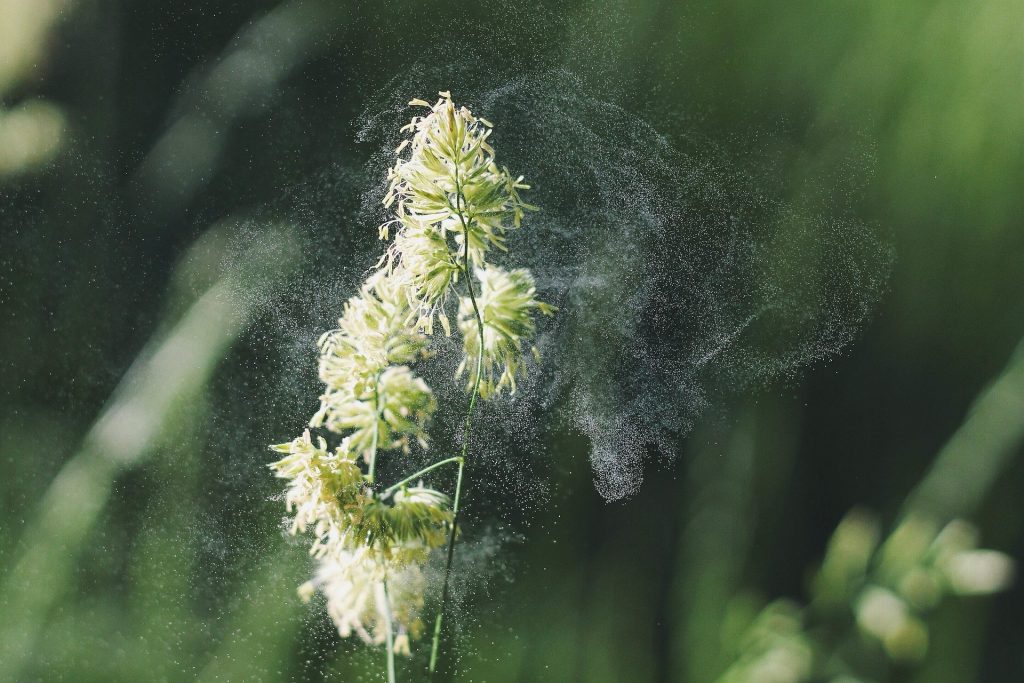 ‘April is the cruellest month, breeding. Lilacs out of the dead land, mixing. Memory and desire, stirring. Dull roots with spring rain.’

TS Elliott’s remarkable work ‘The Waste Land’ is a poem for our transitional times. The old order changeth all around uth. The shape of the new is not yet clear and the pervasive melancholy so beautifully described in Huizinga’s Waning of the Middle Ages has returned, together with a particularly Western loss of moral and cultural identity that shows up in the popular appetite for doom-laden apochryphology such as Game of Thrones and The Walking Dead, an obsession with hash-tag identity politics and an equally destructive inability to comprehend, let alone counter, the existential twin threats of Islamism and Khazarianism.

My topic for today is allergy, which triggered the cruellest month reference and started a herd – or more accurately but less alliteratively a drove – of hares running. But while we may think of spring fever (an old name for seasonal scurvy), allergy extends out from April in every direction. Seasonal allergy is perennial, starting with house dust mites in overheated homes in January and tree pollens in February and March, all the way through to grass pollen in June and July and mold spores in August and September. Local times and species may vary, and past results are no guide to future performance.

To begin with, there is a lot more of it than there used to be.

Allergy of all kinds has increased dramatically over the last half century, including well-known variants such as allergic asthma, rhinitis, conjunctivitis and dermatitis (ie 1) and less familiar conditions such as the eosinophilic gastrointestinal disorders (2).

While there is evidence that we are becoming more neurotically prone to self-diagnose allergy and especially food allergy (3), the increases in asthma and the rest are very real. The trends are slowing in some countries, possibly because all the potential allergy subjects are now clinically affected (4); but in other areas of the world, the allergy epidemic continues to grow (5).

Why is this happening? Well, we cannot understand where or who we are, unless we know where we came from.

In the 1950’s I recollect one single asthmatic in a school of 2000 children; and Andrew’s asthma, while fascinating to my fellow yahoos and I, was not particularly severe. Go back another seven decades to the 1880’s and asthma was even rarer, and generally very mild indeed. The doctors of the day prescribed steam inhalation, with added eucalyptus or camphor for the worst cases.

Those doctors were little better than cranks, according to today’s bright new pharma industry, which often uses pictures of those old-time brass and glass inhalers to show how primitive medicine used to be and how thoroughly modern it is now. What Big Parma won’t tell you is that their progenitors made a good business selling ‘asthma cigarettes’ to their unsuspecting marks …

But the denigration of 19th century healthcare is dishonest in another way, because our drug companies skate over the fact that medical records of the time show that asthmatics responded very well to those seemingly jejune interventions. After 5 or 10 minutes of eucalyptus-scented steam they typically went back to their work or studies, restored to good or at least functional health.

What has gone wrong? Why have we become we so much more prone to these conditions? Why are our immune systems reacting to triggers that used to be harmless, to foods that used to be delicious and nutritious?

The first attempt to explain these negative trends was the ‘hygiene hypothesis’. According to this theory we were becoming ill due to excessive hygiene, by living and raising our children in germ-free – or at least germ-reduced – environments. This was nostagie de la boue nonsense, as the post-war proliferation of cleaning fluids, gels and cloths are incapable of creating sterility, despite whatever the ads may claim. And there was no plausible mechanism by which this shift might have occurred.

Next up was the amended hygiene hypothesis, and this one started to reveal the machinery of allergy. According to this version it is the absence not of germs in general but a sub-set of microorganisms that increase the ratio of TH1 to TH2 lymphocytes. This is an important element in allergy, as while the interplay between TH0, TH1 and TH2 cells is appallingly complicated, some TH2 cells are deeply implicated in driving the inflammatory sequence in allergy (6, 7). This means that it is generally a good idea to have a higher TH1 / TH2 ratio, and to be exposed to those microorganisms that help to achieve this.

I know of only two types of microorganisms that increase the TH1/TH2 ratio, namely molds (8-10) and parasitic worms, or helminths (11-13).

In order to survive in their host, helminths have evolved cunning strategies to manipulate the host immune system, some of which may lead to protection from immune dysregulatory diseases such as allergy. Molds have developed similar strategies.

From this perspective one can begin to see why allergy has become so much more prevalent. Our food chains have been remarkably cleaned up, with changes in agriculture, agrichemistry, food processing and food storage all reducing our intakes of molds and helminths to historically low levels.

If you have an allergy, therefore, and nobody likes you, you could go and eat worms. Be careful, because some of them can be quite dangerous. You could consume mold if you prefer, but the same applies – so choose wisely. Bakers’ yeast is probably your best bet, and of the various commercially available yeasts Wellmune is the best documented.

A third alternative is to eat the old-fashioned way. The risk of allergy is significantly higher in those consuming a fast and processed food diet (14), and is lower in those eating a traditional diet (15).

In fact, I would advise you to not to chew but eschew fast foods, junk foods and ultra-processed foods as much as you can.

Fast foods, junk foods and ultra-processed foods are all slightly different but overlapping categories of food, or more accurately feed. They cause chronic inflammation in the body due to their highly unsuitable chemistry. They have an excessive omega 6 to 3 ratio, which encourages chronic inflammation. They are depleted not only depleted in long chain omega 3 fatty acids but also in polyphenols, prebiotics and 1-3, 1-6 beta glucans, three more of the key anti-inflammatory nutrients, and this creates more chronic inflammation. The food processing companies add excess sugar and high levels of AGE and ALE compounds (16), driving inflammation even further.

To add insult to injury they then pour in excess table salt, creating electrolyte ratios in the body that make smooth muscle more contractile. This means that when an allergic response occurs, subsequent constriction of the airways or the gut is made much worse.

Pushed by criminally irresponsible multi-national food companies, junk / ultra-processed foods are becoming an every larger fraction of our diet. This is why a huge and ongoing meta-analysis regularly finds that poor diet is now the most important cause of early death globally (17); a meta-analysis in which the contribution of bad food to disease is, possibly for political reasons, under-reported. It is why each 10% increase of ultra-processed food in the diet is linked to a 10% increased risk of cancer (18), and a 14% increased risk of early death (Schnabel).

Returning to allergy, it looks very much as if the pandemics of asthma, allergic dermatitis et al are due to our marvellously modern diet.

Whatever you do, don’t look to the drug companies for help. Ever-more specific drugs and related attempts to find and target the genes ‘responsible’ for allergy are a waste of time and money. If we are encouraged to eat ever more processed and ultra-processed foods, and our diets continue to degenerate, eventually all genes will appear to denote risk.

Go back to unprocessed foods. Alternatively, as and when the food companies are finally forced to take more responsibility for their shoddy and toxic products, they can and should design better-processed foods.

Give our children a better and less allergic future. 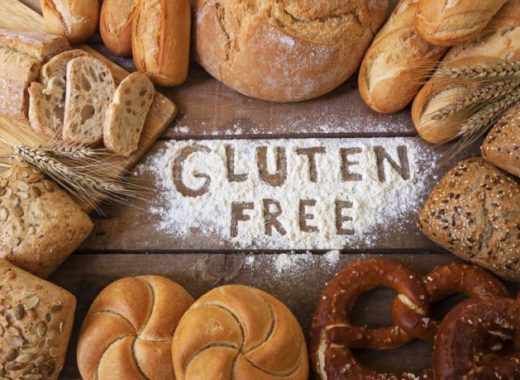 The Sin of Gluteny

The microbiome and the brain 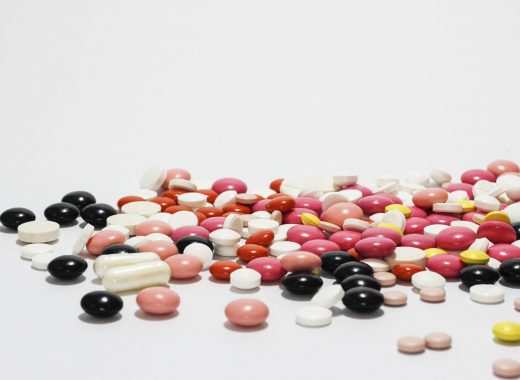