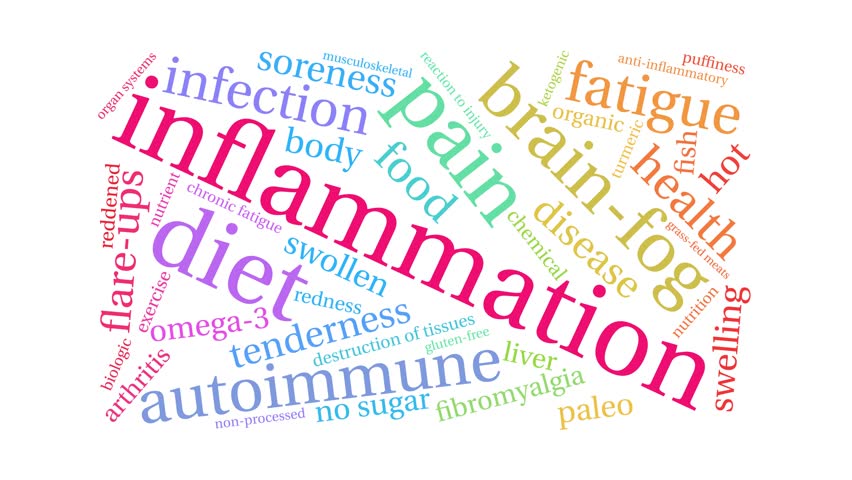 There is acute inflammation, which is generally a good thing and is involved in clearing infections and tissue damage; and there is chronic inflammation, generally a bad thing as it causes the gradual tissue destruction that eventually emerges as a degenerative disease. Both processes are complex. In fact, they are incredibly complex …

One of the more familiar mechanisms that enables or drives chronic inflammation is an excessive omega 6:3 ratio in the diet, and thence our cell membranes.

Thanks to the machinations of the food industry, the average 6:3 ratio in Europeans is now 15:1, while the average American comes in at 25:1. This is one reason why chronic degenerative disease has become almost universal, and why our public health is so bad. It is one reason why consuming ultra-processed foods is so very unhealthy. And it also explains a large part of the ageing process as we experience it today.

One of the ways in which this 6:3 imbalance leads to disease is via a sequence of events which leads, eventually, to the release of lysosomes from immune cells active in the area of inflammation. The lysosomes are intra-cellular packets of enzymes that play an important role in tissue growth, re-modelling and development, and are vital for these functions. But when lysosomes are released in excessive numbers, their enzymes flood into the extra-cellular space in large amounts and inflict such severe and ongoing damage on the extra-cellular matrix that the matrix itself is diminished. The ability of the matrix to hold our cells together in the correct alignment, so that that they can communicate, coordinate and function collectively as tissues and organs, fails. And we move towards disease.

Fortunately there is another nutritional element that can help, even at this late stage. These are the polyphenols, a group of phytonutrients that play multiple roles in the body. Among other things they have the ability to inhibit the lysosomal enzymes, and to down-regulate the genes that express them.

If you want to prevent or stop chronic inflammation, therefore, a blend of omega 3’s and the right polyphenols (especially the lipophilic polyphenols), is an excellent place to start.

Many tens of thousands of people who use Balance oil can attest to this. The Inflammazone, which describes the above chemistry of inflammation, can be damped in most tissues with this simple, bi-phasic approach. But this is far from being the whole picture. Inflammatory sequences have many other moving parts.

Let us consider, in no particular order, exosomes, proteasomes and inflammasomes.

Exosomes, first described in 1961 as platelet dust (1) and rebranded as exosomes in 1981 (2), are now more formally categorised as Extra-cellular Vesicles or EV’s. Exosomes come in many different sizes and exert many different functions. The lysosomes mentioned in the first few paragraphs are just one kind of exosome.

Exosomes are tiny (nano-sized) but complex; they contain proteins and DNA and their outer membranes, which are formed by phospholipid bi-layer membranes, carry multiple receptors (3). Exosomes are produced by many cell types, and are one of the many ways in which cells and tissues cross-talk (4, 5). And they play a critical role in the inflammatory process, as well as in cancer (6). They exert their effects by delivering or up-regulating inflammatory mediators, and by delivering micro-RNA’s that act on target cell nuclei and activate intra-cellular machinery of different kinds (7).

It’s complicated. Although early evidence showed that exosomes had extensive pro-inflammatory effects (ie 8-10), it is now known that under certain circumstances they can also exert anti-inflammatory effects (ie 11-12). It seems to depend on which cells the exosomes were released from, the nature of the trigger that released them, and which cells and tissues they are acting on.

The endothelium, for example, seems to produce primarily pro-inflammatory exosomes.

The endothelium, the inner lining of the blood vessels, is now considered to be a single organ in its own right, and the pro-inflammatory exosomes produced by the endothelium play a major role in driving atheroma and thrombus formation. The formation of these exosomes is triggered by several factors including C-reactive protein (CRP), which is itself produced by the liver in response to acute inflammatory stimuli. This is one of the links whereby acute inflammation, if not resolved in a timely manner, pushes through to chronic inflammation, tissue damage and degenerative disease (13, 14).

Different types of white blood cells such as macrophages and neutrophils are another important source of exosomes. These too are mostly pro-inflammatory, but can exert anti-inflammatory effects in certain situations.

Can we intervene at the exosome stage of inflammation? New evidence suggests that this is indeed possible. And surprise, surprise –the omega 3’s and the polyphenols are two key candidates.

They have the ability to make exosomes more protective, partly by modifying the mRNA’s they transport (ie 15-19);

Proteasomes are the cell’s protein recyclers. Proteins need to be destroyed for many reasons: they may be damaged, they may be part of an invading virus, or they simply may not be needed any more. Proteasomes provide a controlled method for breaking down proteins safely within the environment of the cell. They chop foreign, damaged or obsolete proteins into small pieces, which are then broken down further into amino acids by peptidases. A sub-group of proteasomes called immunoproteasomes are especially involved in immune function; their role is to chop up viral proteins and display them so that the immune system can see that there is a problem and react accordingly.

They have additional functions. Proteasomes and a sub-set of proteasomes called immunoproteasomes are involved in mediating immune responses, and inflammation.

For example, one of the most pro-inflammatory substances known is lipopolysaccharide, a fatty compound that coats gram-negative bacteria. Proteasomes coordinate the regulation of LPS-induced signaling and subsequent gene expression and, via this mechanism, are key regulators of macrophage-dependent inflammatory responses (20-23). When proteasomes malfunction they exacerbate inflammation, and can drive degenerative disease.

A number of proteasome-inhibiting drugs are currently under development, but I am fairly certain that the pharmaceutical inhibition of proteasome function will produce many wonderful adverse effects.  In any case, why bother when there are well-defined and safe nutrients that can do the same job? Once again, polyphenols (ie 24-26) and fish oil (27-30) are the nutrients that you need to ensure that your proteasomes are working as an effective part of your immune defenses, and not promoting disease.

The inflammasomes are components in the innate immune system. They act as receptors and sensors that help to identify the presence of infectious microbes or tissue damage, and then initiate an inflammatory response to try to clear the microbes or resolve the damage. In the inactive state they consist of three separate elements comprising the inflammasome receptor, of which there are several different types; an adaptor or connector protein; and the enzyme caspase-1. When triggered by a threat such as a microbe one of the receptors recognizes the threat, and starts a process whereby multiple copies of the connector protein link into a much larger assembly. This activates caspase-1, and starts a cascade of events that leads to the formation and release of the highly pro-inflammatory cytokines interleukin-1β (IL-1β) and IL-18.

If the system is chronically exposed to pathogens and/or tissue damage, the initially acute inflammation will eventually segue through to chronic inflammation, coopting proteasomes and exosomes along the way. 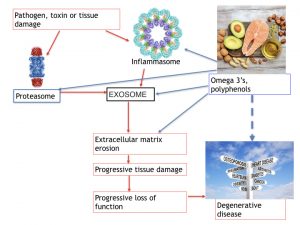 There is a good deal of evidence that our inflammasomes are chronically over-active. There are several nutrients that damp the inflammasomes down, and those same nutrients have been dramatically reduced in the modern diet. What nutrients might they be, you ask? Once again it is the polyphenols (31-34) and the omega 3 fatty acids (35-37).

Inflammation is very complex indeed, and far more complex than this brief blog post can convey. But the take home message is simple.

If you want to preserve your health, eat a diet that keeps the fires of inflammation banked down. And that means taking fish oil and polyphenols together, as I suggested in a paper published back in 2015 (38).

There are other anti-inflammatory nutrients which can also be very useful in preventing and/or stabilizing inflammatory disease. These can be used alone, or added to the fish oil / polyphenol baseline to achieve further benefits. They include the glucosyl ceramides, palmitoyl ethanolamide (PEA) and CBD. The glucosyl ceramides act by modifying the activity of natural killer cells, regulatory cells that modify the immune response; and both PEA and CBD act via the endocannabinoid system and PPAR receptors.

The glucosyl ceramides are still research tools, hard to source and very expensive. CBD is about to be knocked off the market in the UK and Europe, as EFSA and the MHRA have been persuaded by a well-known pharmaceutical company to get rid of a potential natural competitor.

PEA will therefore become a major new player in the supplement sector, and deservedly so. Look for products containing Levagen Plus, a new form of this molecule with superior bioavailability.

A note of caution. If you decide to use natural (or any) products to slow or stop inflammation, you should ensure that your innate immune system is working well enough to keep you protected against infection. That means 1-3, 1-6 beta glucans and cyanogens.

I will write about PEA, beta glucans and cyanogens in a following post. 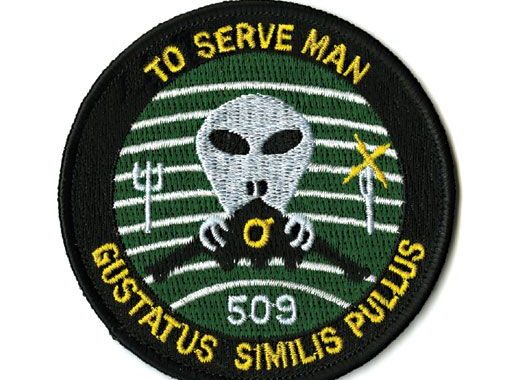