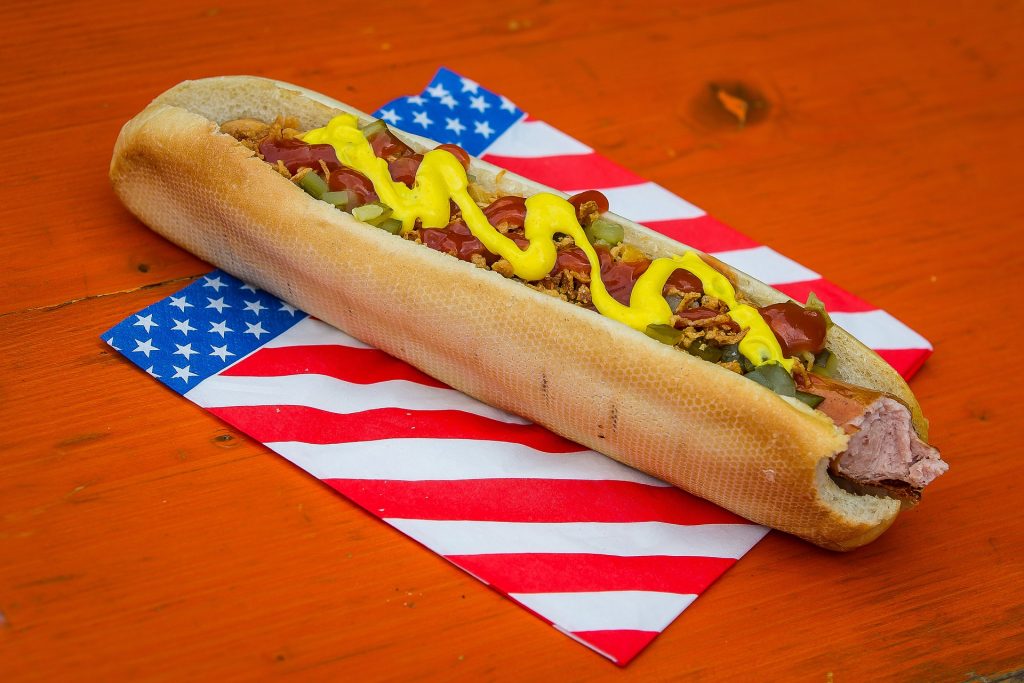 In 1729 the great satirist Jonathan Swift published his ‘Modest Proposal’ as an attack on the British government’s inability to solve the problem of poverty in Ireland.

‘I have been assured by a very knowing American of my acquaintance in London,’ he wrote, ‘that a young healthy child well nursed is at a year old a most delicious, nourishing, and wholesome food, whether stewed, roasted, baked, or boiled; and I make no doubt that it will equally serve in a fricassée or a ragout.’

Three centuries later the American adult population, whose understanding of satire is flimsy at best (see, for example, the painfully labored efforts of SNL or the Colbert Report), have successfully incorporated Swift’s ideas into the moral and intellectual desert of their political / corporate mind-set. Homicides and suicides are soaring in their children; but with the understandable exception of those parents who have been personally touched by tragedy, authorities seem blithely unconcerned about Young Americans. Ain’t there a pen that will write before they die? (1).

These unhappy trends in the Land of the Free are not happening in a vacuum. They have to be seen in the context of the huge increase in depressive illness, which has increased from 8% to 13% since 2007 and is occurring in ever-younger ages (3, 4); with the average age of onset falling from 30 in 1988, to the mid- to late teens in 2017 (4, 5). Another contributory factor is the high incidence of anxiety disorders among the young. These are absolutely rampant, with lifetime prevalence rates of 31.9% and a median age of onset of 6 years (6).

Anxiety and depression make up a destabilizing cocktail, and the situation is not helped by the medical profession’s propensity for substance abuse. Too many doctors are pill-happy, and – despite the concerns of an increasing number of clinical scientists – over-prescribe them to the young. These pharma products are relatively ineffective, and can induce suicidal and/or homicidal psychosis (7, 8). Fortunately they are either addictive or very difficult to come off so they are, at least, good business.

Drug overdoses are related in multiple ways to anxiety and depression, and fatal overdoses are skyrocketing too, enabled initially by the Sackler gang and subsequently by their co-conquistadors in the Mexican cartels. Between 1999 and 2017 the mortality rate from drug overdoses more than tripled, from 6.1 to 21.7 deaths per 100,000 (9, 10).

Americans are clearly unhappy, and their children especially so. The reasons for this range from political to personal; but while I could lament the self-destruction of the political ‘left’ and, to an only slightly less extent the political  ‘right’, I will restrict my remarks to how our brain chemistry is being poisoned.

The post-modern, industrial diet relies on processed and ultra-processed food products. Anyone interested in such things knows these ‘foods’ are calorie-dense but nutrient-light, and they are particularly light in phytonutrients such as the carotenoids, xanthophylls, polyphenols and prebiotics. These important compounds are not mentioned on food labels, because the food industry is criminally irresponsible. They know their industrial foods are unhealthy – I have spoken to enough Big Phood personnel to be very sure of that – but without legal requirements to do so, they will not reveal on their packaging just how defective their products are.

In the nutrition statements on food cans, bottles or packs you will find information on energy, total fat and saturated fat, total carbohydrate and sugars, protein and salt. None of this is remotely helpful, and nor is the occasional reference to fiber content which fails utterly to discriminate between the many different fiber types. The non-digestible prebiotic fibers are singularly deficient in industrial foods, leading directly to dysbiosis; of which more below.

The law does not tell us these things because the legal system has become increasingly political and politics, to quote Frank Zappa, has become little more than the entertainment division of industry. And while the corporations want pliant consumers to repeat buy their shoddy products, the elites who own the corporations need pliant populations to help them manage their depopulation agenda, now being openly discussed (14).

Disclaimer: I am not against the depopulation agenda per se, but I have no reason to trust those who advocate for it.

Back to bad brains. As mentioned in previous blog posts, the industrial diet causes chronic inflammation in the brain, which unbalances the dopamine and serotonin systems. This reduces the perception of reward while increasing the perception of effort involved (15 – 20). We become demotivated and apathetic. The chronic inflammation makes us depressed as well, adding to our passivity (19 – 21).

Depletion of omega 3’s increases the risk of inflammation and depressive illness (22) but it also damages brain function in a different way, by reducing impulse control (23, 24).

There is persuasive evidence that high intakes of sugar, another hallmark of the industrial diet, also predispose to depression (25 – 30). One group of researchers found that drinking the equivalent of 3 cans/day of cola might increase the risk of depression by 25% (27). Things go better with Coke? I don’t think so …

High sugar intakes are neurotoxic (28 – 30), and when you combine high sugar with high fat (as found in the typical junk food diet), the situation becomes worse, with brain impairment appearing after only a few weeks (28 – 30). Even more worryingly, new research shows that brain damage caused by a high sugar diet may lead to similarly negative changes in the brains of the next generation, via epigenetic mechanisms (31).

Interestingly, the researchers also found that impaired cognition in the next generation could be prevented by raising the young in a challenging and enriched environment. So parents, wean your kids off Mickey D’s and tell them to go play Fortnite.

Or not. Lack of physical activity starves the brain of brain-derived neurotrophic factor (BDNF). BDNF is essential for the health, plasticity and survival of our brain cells, and raises our mood. It is stimulated by physical activity (32 – 34), which our children take less of than ever before, and by various dietary phytonutrients (35-43), which are missing from the industrial diet. BDNF is down-graded by obesity (ie 32-33) and by dysbiosis (44-47), two more problems directly caused by today’s industrially depleted diet and low energy lifestyle.

The industrial foods, sedentary lifestyles and obesity associated with today’s youth in general and gamers in particular, therefore combine to form a perfect storm. Factor in inflammation, depression, low resilience, the distorting mirrors provided by social media and the abdication of responsibility of too many Millennials, and it is easy to see that America is consuming its children.

It is easy to see, also, how the insecurities our children feel are transmuted via displacement, projection and reaction formation into the virtue-signalling poppinjays who demand that history be selectively erased and language be broken on the wheel of what passes for emancipation.

This generation needs tough love but they do not receive it, and will most certainly fall on stony ground. It is a tragedy for all of us, as any nation or community that does not preserve its seed corn is doomed. The American Dream is dead and nobody on the political horizon shows any understanding of how it might be possible, even now, to revive it.

Our pampered children should go back to basics and learn how to live on the land. They need to work with their hands, get the sun on their backs and the dirt under their nails, eat only what they can grow and access the internet for no more than an hour a day. In short, they should become sharecroppers, or something like it. 24 months of this (two crop cycles) should be enough to start the necessary rebuilding.

But whom am I kidding? I can hear the little darlings’ screams of protest from here, with their helicopter parents clattering anxiously overhead. And there is an alternative.

Say we persuade the white-collar criminals who run the multinational food companies and who kill, collectively, more than the tobacco industry, to take responsibility for their shoddy industrial foods. We encourage or force them to develop foods that are no longer toxic but therapeutic, and – despite the pernicious lobbying of the drug industry – upgrade the regulatory systems to allow strong, evidence-backed health claims on food.

But this is not the whole story. The prevailing neurosis and depression in young people’s heads has real, external causes too. The cockroaches and sociopaths who inhabit the deep state have, after all, constructed a world that has been stripped of hope and opportunity for most.

Elites in the USA and the EU regard their fiefdoms not as countries but as economic zones. Whatever political flags their puppets wave, their real purpose is to squeeze every cent out of white- and blue-collar workers through reduced wages (facilitated by illegal mass migration), outsourcing and automation. This locks workers into cycles of debt, keeps the Ponzi spinning, and at the same time demoralizes and disenfranchises the elites’ greatest threat to their power. In the USA over half the population are either unemployed or in minimum wage jobs (48) that were never intended to be more than the first step on the ladder, but have become for many the only step. Broken communities and drug epidemics are either intended or collateral damage as the internationalists feast on the scavenged corpses of once sovereign nations.

The world is passing through a great and tragic interregnum, as the age of representative democracy and cheap energy gives way to the age of corporatism and expensive energy. It is a transition as great as that from the medieval era to the renaissance, but is in a sense running backward as we revert to neo-feudalism and a bi-cameral socioeconomic model. The apparent insanity of our politicians reflects their knowledge that a chasm is opening up between the haves and the have-nots, and their overwhelming need to be on the inside when the schism is complete.

In ‘The Waning of the Middle Ages’, the now-unfashionable but in my view emotionally accurate Dutch historian Johan Huizinga documented the pervasive melancholia of the 14th and 15th centuries (49). He ascribed it to the fact that the medieval worldview was breaking down and being replaced, piecemeal, by emerging outcrops of the new. Because the overall shape of the new system was not yet understood, all changes were interpreted as signs of decay.

Today, we are witnessing the waning of the middle classes. The prevailing teenage angst is a reflection of that. I have to believe that if enough young people get woke – I mean, REALY woke – we could still dance this mess around (50). 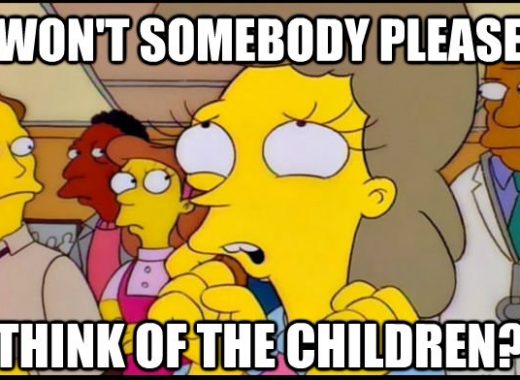