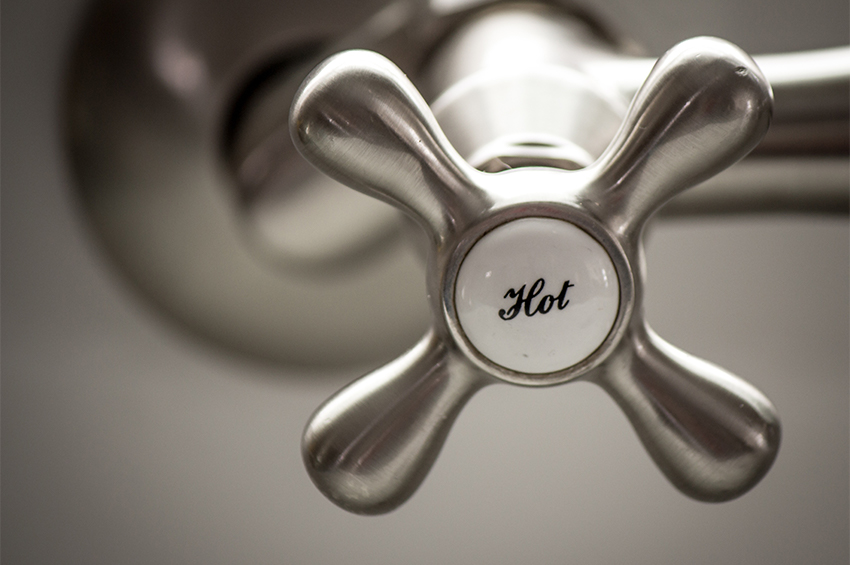 I believe in climate change. I’m unsure about anthropogenic global warming, because I’ve chatted with too many dissidents. I wonder about the possibly imminent Maunder Minimum (1, but note that this has been retracted), and I sure as hell don’t trust the Intergovernmental Panel on Climate Change, which appears to be a primarily political organization designed to support the Great Reset and neo-serfdom for all.

Nonetheless, summers have been lengthening and warming in temperate coastal areas for over a decade, and the IPCC predicts an increase of 3 degrees C by the end of this century (2). Let us assume, for the moment, that this prediction is broadly correct. What happens next?

Oceanic warming causes changes in the thickness of layers of water with different densities, especially in the North Atlantic. This impacts on the growth of the algae which form the base of the marine ecosystem and has knock-on effects, some of them negative, throughout the marine food-web. This has led many scientists to predict that fish stocks will fall (3-7).

This has not actually happened yet. In fact, fish stocks world-wide have recovered significantly from their all-time low in 1996, and have been growing for the last decade due to improved fishery management (8); with dishonorable exceptions such as the Mediterranean (9, 10) and an increasing number of dead zones (11). And, a couple of interesting and highly qualified heretics out of Harvard and MIT are predicting, based on deep-time models, that oceanic warming could lead to improved fish production (12).

But let us assume that the IPCC are on the money, in every sense. Declining fish stocks would be bad news for us. We would lose out on one of the most cost-effective sources of animal protein and we would lose out, even more, on long chain omega 3 fatty acids. These key nutrients are already in short supply (ie 13, 14), one reason why most people today are not consuming enough of them (15).

If there is less cold water in our future, you might predict that there would be less cold-water marine algae; and it is the cold-water macro- and micro-algae that produce the omega 3 HUFA’s that percolate through the marine food-chains until they reach us. The impact on macro-algal (seaweed) biomass has not been quantitatively addressed, as far as I know, but we do have some planktonic data.

If the oceans are indeed being increasingly warmed, acidified, eutrophied, UV irradiated and starved of oxygen, a group of studies have shown that subsequent biomass changes lead to decreased levels of omega 3’s in phytoplankton and reduced transfer of omega 3’s to zooplankton (16-20), causing longer-term damage which ripples through to higher echelons in the food web (21, 22).

This is not a linear series of changes however, and there will be plenty of local variation. At least one research group has found that higher pCO2 (and therefore lower pH) will increase omega 3’s in some phytoplankton communities (23). In most scenarios, however, omega 3 PUFA’s in the marine food web decline overall. And this has lead to a race to develop alternative sources.

One source are the bivalve molluscs, which uniquely in the animal kingdom have a gene-set (24) that gives them the ability to synthesise long chain omega 3 fatty acids (25). Oysters and mussels are already consumed in significant amounts, and an increase in bivalve farming could make a significant contribution to the growing world demand for omega 3’s (26) IF we can maintain oceanic water quality.

Alternatively, we can work with plankton directly, and do so on-land. Those species which fix carbon from air (photoautotrophs) are problematic, as their ability to produce omega 3’s is influenced by too many variables (27). In contrast, species which require their carbon to be pre-fixed (heterotrophs) can be fed on simple sugars, have a fast fermentation rate and produce omega 3’s within days. The heterotrophic micro-alga of choice is currently Schizochytrium.

Schizochytrium sp. are initially seeded into the entry port of a flow-through bioreactor. In the four or five days they spend transitting the system they multiply exponentially, and by the time they reach the exit have produced commercially significant amounts of EPA and DHA (28, 29). Unlike the omega 3’s in lower-grade fish oils, algal oil is completely free of contaminants such as heavy metals or PCB’s (30).

Schizochytrium also produce docosapentaenoic acid (DPA) but as this is an intermediate in the human synthesis of EPA and DHA from the parent fatty acid ALA, and has anti-inflammatory properties of its own (31), it is a potential advantage (32).

Algal biomass produced in this way can be used directly as feed stock in aquaculture or animal feed, resulting in enhanced levels of omega 3’s in monogastric animals such as fish (33), chickens (34) and pigs (35). Monogastric species including humans are especially vulnerable to omega 6 accumulation in their tissues when fed on corn and soy, so these commercial developments are welcome news indeed.

Schizochytrium omega 3’s can also be extracted for use in the infant formula and supplement markets where their vegan cachet compensates for their currently higher cost. Prices will fall as more companies enter this space.

The most recent is Veramaris, a joint venture set up by DSM and Evonik Industries who launched their algal product in 2019 (36).

Another alternative is to go further inland, and persuade terrestrial plants to produce the long chain PUFA’s that we need. Many plants already produce the parent fatty acid ALA or the intermediate SDA, and all it would take for them to go all the way through to EPA and DHA is a set of additional genes (37). We’re talking GMO’s here, and although some are resolutely against frankenplants there is a good case for these ones. They would not, for example, enter the human food chain directly. Either they would be processed into fish feed, or the fatty acids would be extracted before incorporation into human foods or supplements.

This approach would use up increasingly valuable arable land, however, and so I tend to come back to the bio-reactors which have small footprints and can be safely set up on brownfield sites.

Orange is the new black, wood is the new food (see previous post) and bioreactors are the new fish.