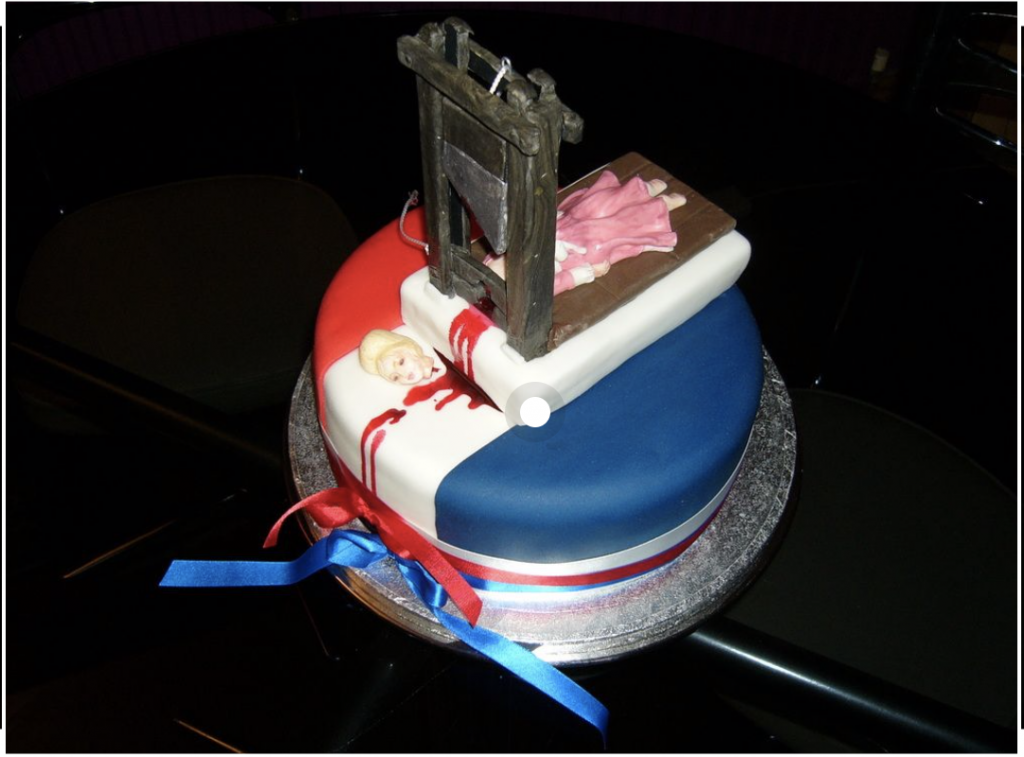 The law is often an ass, but every now and then it gets it right. A few months ago, the Irish Supreme Court ruled that the bread in Subway sandwiches contained too much sugar to be classified as bread (1). The EU statutory limit of sugar in bread is 2% of the flour base but Subway’s ‘bread’ came in at 10%, a mere 5 times the legal limit.

That meant, said Ireland’s 5 top judges, that whatever Subway was wrapping round its sandwich fillings might be cake or brioche, but it was definitely not bread. Mr Justice Cocklecarrot (2) – sorry, Donal D. O’Donnell – explained that the definition was designed to distinguish the staff of life from such frivolous products as brownies and doughnuts.

The Supreme Court decision meant that Subway could no longer claim a zero VAT status, and the 10% sugar content explains why Subway bread tastes so disgusting to anyone who enjoys traditional breads.

A Subway spokesperson said “Our bread is, of course, bread. We have been baking it for more than three decades and our guests return each day for sandwiches made on bread that smells as good as it tastes.” Well, they would say that. And, it’s all subjective. Or is it?

Subway is an averagely exploitative American company, and Subway’s bread is fairly representative of American bread. If you are obsessive enough to study the nutritional boxes on food packaging (as I do), you will find impressive amounts of sugar in the vast majority of wrapped breads. In fact, it is difficult to find a bread that doesn’t contain sugar, or HFCS, or any one of at least 60 other names for added sugars, even in brands that claim to be ‘healthy’.

Which got me wondering, why do Americans like this stuff? Have their palates, somehow, been warped?

It is well known that palatal shift occurs with salt. Cooks know that the point of adding salt to many dishes is not necessarily to create salty food, but to bring out the flavour of the dish. This is why Big Phood adds salt to so many ultra-processed foods – it is the cheapest way of enhancing flavour. But the more salt you consume the less you taste it, so the food manufacturers are effectively in a salt race with each other. Until health authorities stepped in, some processed foods contained as much salt as seawater (3).

Conversely, if you deliberately reduce your salt intake, you become more salt-sensitive.

Humans and most mammals (other than marine mammals and most obligate carnivores) are born with a preference for sweetness, which attracts them to the mother’s milk and facilitates suckling and bonding. Something as important as this is hard-wired. A new-born baby will respond positively to a drop of sugar water placed on the tongue even before it has been breast-fed for the first time, and even if the baby has been born without a cortex (5).

The wiring can be altered, but only under very specific circumstances. It can be amended, for example, by down-modulating the activity of neurones in the ventral pallidum with micro-injections of GABA agonists (6). This procedure turns the pleasure response to sugar to one of disgust. In a beautiful display of evolutionary economy it also abolishes the desire to eat palatable food, and reduces positive social interactions (6) and the threshold to pain (7, 8). ICD-11/BDD, anyone?

The wiring can also be changed by pest control. Due to health concerns, insecticide sprays were largely replaced by sugar-sweetened baits around 1990. Within a year or so a young mutant roach which didn’t like sugar arrived on the scene. Because its sensory inputs were scrambled it was not attracted to baits, and thus became the first of a new breed which could thrive in a Slug-a-Bug world (9). Today, most urban cockroaches are no longer attracted to sugars. Similarly mutant children may exist, although I have never met one.

Children’s preference for sweet, however, tends to decline towards adult levels during middle to late adolescence (10).

Some believe this is due to a gradual fall in the energetic requirements for growth, and there is some evidence for this (ie 11); but if calories were important you might expect a similarly declining appetite for foods containing oils and fats, which offer a significantly higher calorific density. That does not occur. And if you consider North American foods for grownups, from sweet breads to sugar-infested humus and spaghetti sauce, it seems that the preference for sweet no longer fades in adulthood either. The consumption of ice cream, for example, does not vary much between different age groups (12).

It would be surprising if social cues were not involved.

Children generally dislike and reject bitter taste, which provides some protection from ingesting poisons. In a bygone age, as they traversed the rites of passage towards adulthood, they ate with their families and learned to enjoy adult foods with bitter notes such as brussels sprouts and beer.

This is another example of palatal shift, but it is largely a nostalgic one. The Hovis kid (13) is now geriatric. The tradition of communal eating has faded into an era of snacking and individualized meals (14), and the opportunities for youngsters to learn the joys of bitter, astringent and sour have declined.

Once acclimatized to fruit juices and over-sugared breakfast cereals, today’s kids tend to keep their sweet tooth (15, 16), even as their baby teeth rot. They watch film and TV saturated with product placement for high-sugar and generally unhealthy food products, generously paid for by the food and sugar industries (17, 18) to keep their young customers on the sweet and narrow.

This devolutionary process started in the USA before metastasizing to other OECD nations, and it is in the USA that foods for adults now so obviously recreate the faux-innocence of childhood. Sweetened paps are the plat du jour, and as a result, Americans now consume anywhere between 75 and 110 pounds of sugar per person per year (19, and multiple other sources).

There are many stake holders with a vested interest in infantilizing the American palate, and keeping it that way.

Multi-national food companies get fat on sales of their ultra-processed long-life products. (Long life for the products, not the consumers). They use sugar as a cheap filler, flavour and shelf-life extender in these foods; ultra-processed foods contribute 57.5% of the average American’s calorie intake, but 73% of the added sugars in their diet (20).

The sugar industry, which has a reach around relationship with the food companies, is completely unscrupulous. It sponsored and hugely influenced the now discredited low-fat movement which forced food companies to use more sugar in their fat-depleted products. It attempted to suppress research suggesting that sugar might be addictive (21, see also 22), and even attempted to blackmail the World Health Authority into withdrawing its 2002 dietary recommendations (23-26).

Drug companies enjoy healthy sales of drugs made necessary by the tidal waves of obesity, Type 2 diabetes and malnutrition. Each new patient is a profit centre for the rest of their foreshortened and rounded-down life.

Doctors are – well, doctors. Most deny that their education, training and therefore prescription habits are heavily influenced by pharmaceutical funding, yet most believe that their colleagues are influenced … (27-37). They continue to push drugs, even though the cure for diabetes (calorie restriction, carbohydrate restriction, weight loss, exercise), has been known since the Siege of Paris in 1876 and proven repeatedly since then (ie 38-40).

Thanks to all these stake-holders and influencers the American consumer continues to roll downhill, aided and abetted by such culinary triumphs as the taco & cheeseburger pizza, the Cinnabon Caramel Pecanbon and a bucket of other ultra-processed delights. Anti-diabetic drug sales are expanding (41); as are crash test dummies (42), coffins (43), crematoria (44) and graves (43). Look out below!

There is another way.

There is a world of flavours beyond salt and sugar, mustard and mayonnaise. Using spices as the Southern and South East Asians do (in large amounts, muted with ground nuts or dairy), stimulates the palate and helps to induce satiety (45). Not only that, the right spices increase metabolism (46) and reduce inflammation (47).

Put down the salt cellar and the sugar shaker my friend, and follow the spice route. Go East.

Next week. How the corporatocracy encourages social defeat – and how to beat them, using nutrition … 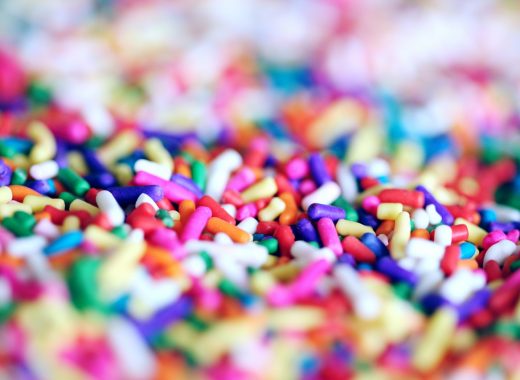