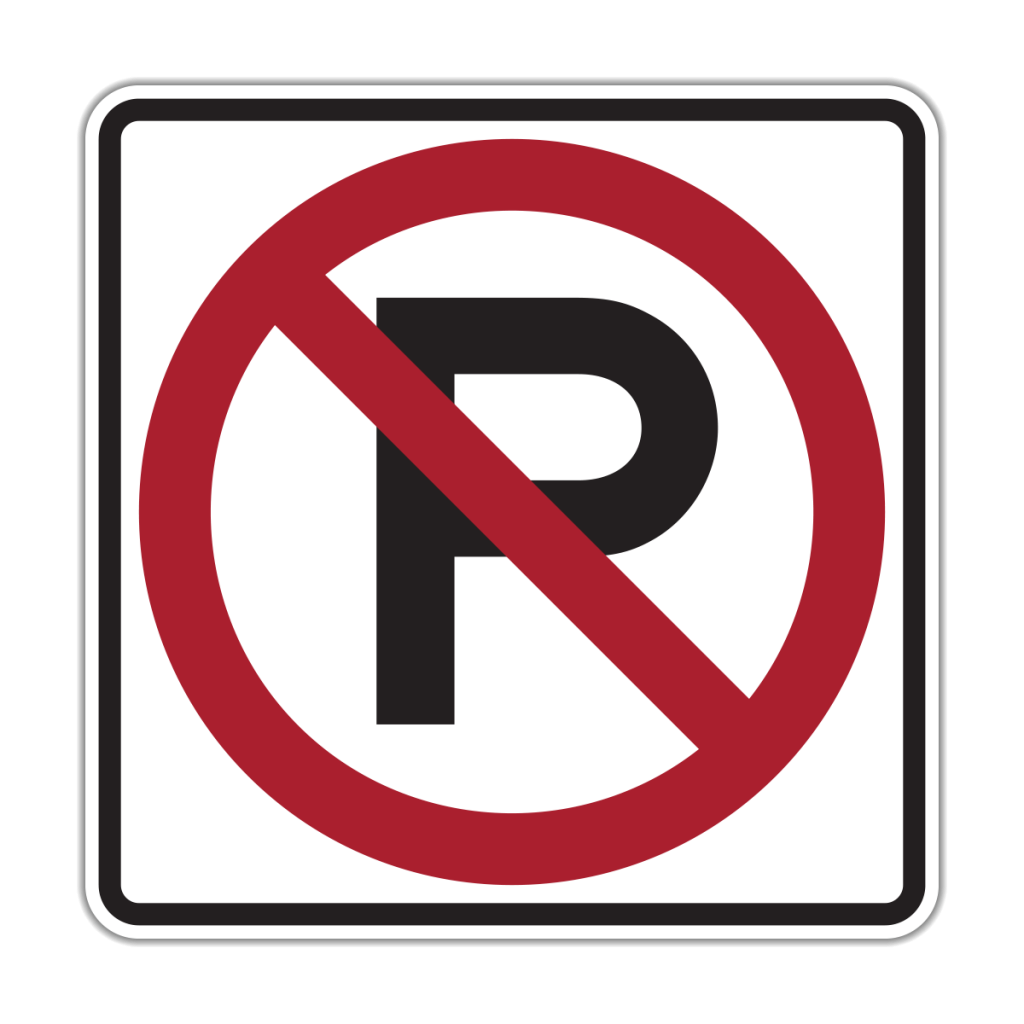 In an earlier post I cherry-picked some of the data linking dysbiosis to Parkinsonian Syndrome (PS). Dysbiosis is not the whole answer. As with Alzheimer’s, a patient may arrive at a clinically identical end-state via different routes; as indicated by the range of risk factors which include various genes, environmental toxins including carbamate and organochlorine pesticides, certain drugs and the closely related trio of dietary elements, microbiota and bacterial metabolites. Fewer than 10% of cases are hereditary (1), and it is the diet / microbiota link that currently seems to be the most important. This would explain why the incidence of Parkinsonism has increased exponentially since the 19th century (2, 3), and increases rapidly in non-Western societies as they move towards a Western / industrial diet (4). This, of course, raises the exciting possibility of risk reduction via dietary intervention, which is what I want to explore here.

The following statements appear to be largely true …

Alpha synuclein, a malfolded protein which causes neuro-inflammation and nerve damage, and forms clumps called Lewy bodies which are a hallmark of the Parkinsonian brain, is formed in the gut especially when there is chronic inflammation and/or dysbiosis (5, 6). The many gastrointestinal symptoms associated with Parkinsonism typically emerge well before the neurological ones (7). The incidence of Parkinson’s Syndrome is significantly raised in subjects with severe constipation (8) and/or inflammatory bowel disease (9, 10), and is significantly reduced in patients who had received a total (but not partial) vagotomy (11). (There are not many of these patients around anymore, as vagotomy has been largely superseded by proton pump inhibitors and the H2 blocking drugs.) This implies that a-synuclein travels from the gut to brain, and this has actually been demonstrated in a rat model of the disease (12).

Heiko Braak’s 2003 hypothesis (13), or at least a variant of it, is still very much alive. Recent developments in microbiotal research have started to refine this (ie 14), and it looks as if we can now start to narrow down the search for microbiotal friends and enemies. There are potential candidates on both teams, and one might as well start with the first element in the periodic table.

Molecular hydrogen is increasingly recognized as a potent antioxidant and anti-inflammatory agent (15), and one that enters all physiological, anatomical and intracellular spaces. Hydrogen-saturated water has been shown to exert multiple positive effects in pre-clinical models of Parkinsonism and in Parkinsonian patients (16). Hydrogen is produced in the body by certain microbes in the gut, and the microbiota in patients with PS has been shown to be low to very low in hydrogen producers (15). It might therefore be helpful to increase H2 production in the gut. This brings us back to prebiotic fibers.

Bifidobacteria are well known to produce hydrogen when given prebiotic fibers to ferment but other species produce up to 2,000 times more, specifically the gram-positive species Blautia coccoides and Clostridium leptum (14). Blautia is not necessarily the one we want to encourage, because although it is a butyrate producer it also produces other compounds that are highly pro-inflammatory (17), and is linked to a higher risk of Type 2 diabetes (18). The gram-positive Clostridium bacteria, on the other hand, are starting to look very interesting. Previously thought of as potential hazards (because of C botulinum, prefringens and tetani), the Clostridium genus is a major constituent of the microbiota and turns out to have a number of probiotic properties (19) including the production of hydrogen and butyrate, another key anti-inflammatory compound, when fed with prebiotic fiber (20).

As the gram-positive bacteria multiply they bring down the numbers of gram-negative bacteria, thereby reducing lipopolysaccharide (LPS) in the gut. LPS is highly pro-inflammatory and is enough in itself to cause gut inflammation, increased permeability and alpha-synuclein synthesis (21). Consumption of prebiotics has fallen drastically over the last century (22 – 24) and this has surely contributed, via microbiotal shift, to more inflammatory conditions in the large bowel and the huge increase in Parkinsonism that has occurred over that time period. Consuming more prebiotic fiber would seem to be a logical step to restore an anti-inflammatory environment in the large bowel, and move towards risk reduction.

The generally anti-inflammatory compound butyrate is a potentially two-edged sword. By modulating microglial activity it might, under some circumstances, increase neuroinflammation (14). If both butyrate and hydrogen are being produced in the large bowel, however, the hydrogen – being a much smaller and more diffusible molecule –will likely achieve higher levels in the brain, and the anti-inflammatory and neuro-protective effects predominate.

This is not confirmed but is supported by the fact that plant-rich diets, which contain higher amounts of prebiotic fibers, are associated with a lower risk of both IBD (25) and PS (26). The same research group which proposed butyrate as a potentially damaging bacterial metabolite (14) hedged their bets in a separate paper which identified the bacterial amyloid protein curli as the gut-brain messenger of doom (27). Curli is produced by some Enterobacteriaceae (28), a large family of gram-negative bacteria which are up-regulated when prebiotic fiber intakes fall and gram-positive species are diminished (ie 29).

I don’t want to say that it is all about prebiotic fiber, however, because the diets which appear to be protective, and contain higher levels of prebiotics, are also anti-inflammatory diets in general (as opposed to the Western nutrient-depleted, pro-inflammatory and ultra-processed diet). They contain inter alia higher levels of polyphenols, pluripotent and anti-inflammatory phytonutrients which modulate the microbiome favourably and interdependently of the prebiotic fibers (30, 31).

In the end it may come down to a balance between the various effects of hydrogen, butyrate, curli and inflammatory stress in general. This is illustrated by SIBO, where bacteria such as Clostridia (which produce hydrogen and butyrate) malcolonise the small bowel, creating inflammatory stress (32) because they are in a part of the gut which is not adapted to their presence. SIBO increases the risk of Parkinsonism (33-34) – so it’s not enough to have the right bacteria, they have to be in the right location and in the right context.

Gram-positive bacteria can also cause inflammation, partly via the peptidoglycans in their cell membranes, if they are in the wrong location. Probiotic gram-positive bacteria in the gut remain in the lumen and mucosal layers and do not come into direct contact with the colonocytes, so their overall impact in the gut via butyrate synthesis and LPS reduction, is powerfully anti-inflammatory.

(The wonderfully funny Eric Morecambe understood the importance of location and context. On one occasion he massacred Greig’s piano concerto in A minor before the pianist and composer Andre Previn, who complained that he was playing all the wrong notes. ‘I’m playing all the right notes,’ replied Eric, ‘but not necessarily in the right order’.)

There are at least two more bacterial species which look to be relevant here; Helicobacter pylori, which appears to increase the risk of PD (35, 36) and the probiotic Bacillus subtilis, which is probably protective (37, 38). The latter is a constituent of kefir, which is widely available and claimed to have various health benefits.

I have focused on the gut microbiota but there is another microbiotal population in the mouth where periodontal disease, another form of dysbiosis, is a common source of chronic inflammatory stress. Just as dysbiosis and chronic inflammation in the intestines lead to alpha-synuclein entering the brain through the vagal nerve, dysbiosis and chronic inflammation in the mouth lead to alpha-synuclein entering the brain via the olfactory nerve (13, 39). This could explain why total vagotomy reduces the risk of PS but not to zero, why loss of the sense of smell is a typical early symptom of PS, and why a history of periodontal disease is linked to an increased risk of Parkinsonism (40-42).

In which direction, however, is the arrow of causality flying? Gingival inflammation and the continuous production and release of toxic bacterial metabolites so close to the brain might be driving Parkinsonism, but the Parkinsonian patient has reduced saliva production and poorer brushing control, so it could be that PS predisposes to periodontal disease.

This question was answered very recently by an extensive Taiwanese study which confirmed that improved oral hygiene lead to a decreased risk of Parkinsonism (43).

This throws the spotlight back onto the microbiota. Preclinical studies have shown that oral ingestion of bacteria which produce curli amyloid protein leads to increased production of alpha-synuclein in the gut and the vagus nerve, and eventually to the development of motor impairment (26, 44). Parallel work has demonstrated that transplanting microbiota from PS patients into these animal models has the same effect (14).

The gut / microbiota / brain connection is looking increasingly robust, and from this perspective it looks as if most cases of Parkinson’s Syndrome (excluding the smaller number of genetic and toxic cases), are due to dysbiosis and might therefore be contagious. PS can be described as culturally communicable (45, 47), but I am thinking primarily of vertical transmission. Lateral transmission cannot be ruled out entirely (26, 44), and could initially be screened for in coprophagic animal models.

Our microbiota is greatly impoverished, compared to the more diverse microbiota of pre-industrial and non-industrial populations (ie 46). This is due to our reduced variety of foodstuffs, thanks to industrialised oligo-agriculture, centralised food processing and the development of ultra-processed foods. I believe that today’s diet, which is deficient in prebiotic fiber and highly pro-inflammatory, creates an environment where dysbiosis is inevitable; and where species of opportunistically pathogenic bacteria, which in earlier times were held in check, are now making a significant contribution to the diseases of ‘civilization’.

If we wish to reduce the risk of Parkinsonism and the other degenerative conditions, it has to start with food reform, and with raising intakes of prebiotic fibers and polyphenols (and omega 3 HUFA’s) as a priority. Reducing exposure to carbamate and organochlorine pesticides is also reasonable (ie 47). These compounds may be directly neurotoxic, but there is also evidence that they disturb host / microbiotal systems and thus cause inflammatory stress in the large bowel (48).

I will describe a single case history, which has no scientific validity whatsoever. A man aged 77 was diagnosed with PS by a consultant neurologist, on the basis of partial anosmia and active night terrors. I recommended a nutritional program designed to stop chronic inflammation, restore a predominantly gram-positive microbiota and alleviate Type B malnutrition. Those who work with me know what this entails. The man was seen again by his consultant 3 years later, who, after checking the patient’s records and current condition, declared that his initial diagnosis must have been wrong. The anosmia had not worsened, there were no obvious motor deficits or other PS symptoms. It was only after a spiral test that the consultant was able to confirm that this was indeed Parkinsonism. But it was marginal, and had not progressed. This is somewhat atypical (49).

For anyone interested in further reading, there is a rather good general review on diet, health and the microbiota from the Institute of Food Science in Madrid (50). Routes to putatively healthier foods are outlined here (51). 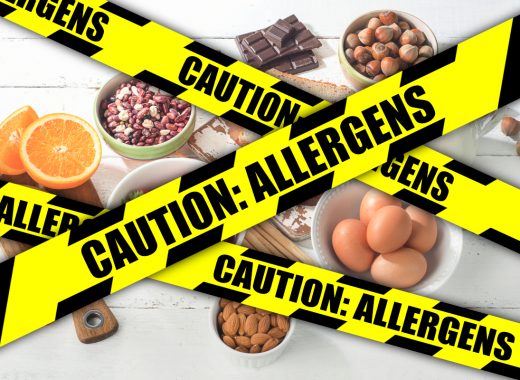 Guess Who’s Not Coming to Dinner – and Why 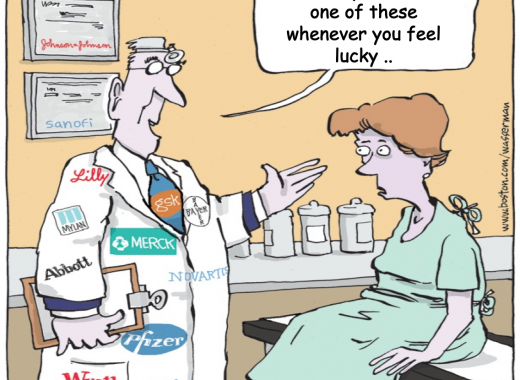