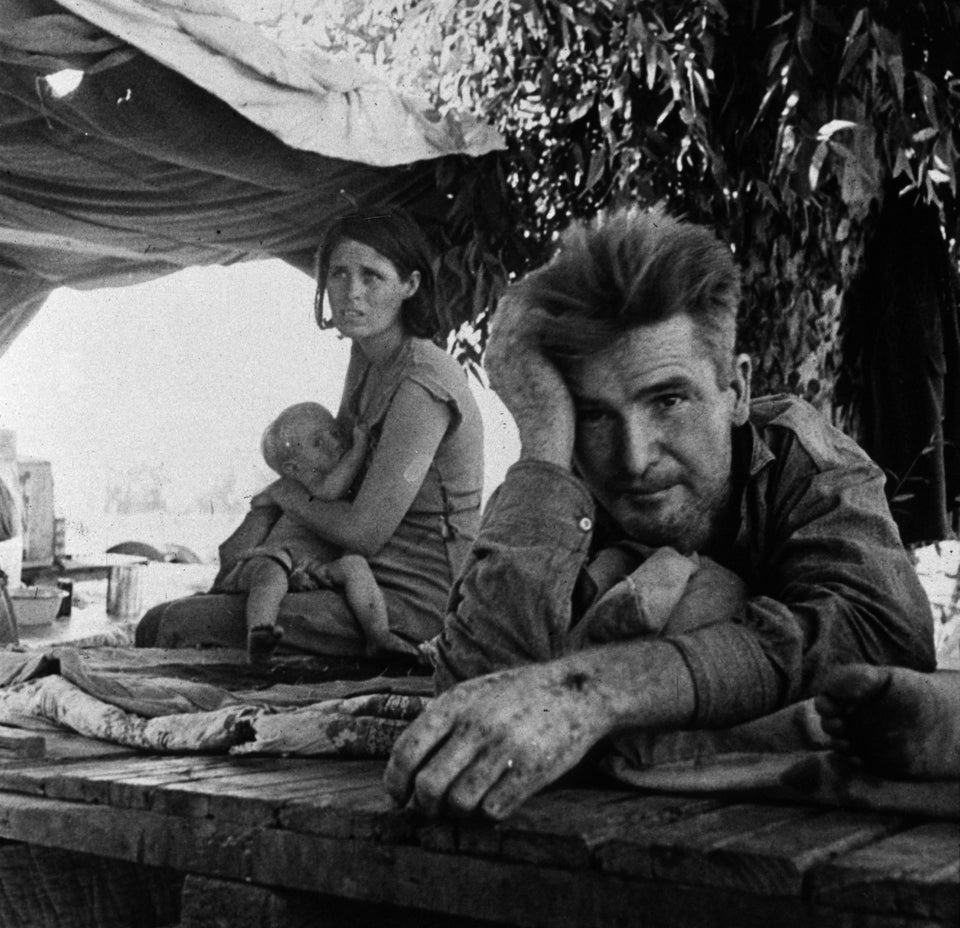 Since the end of WW2 much of the world has seen a sustained period of material, if not spiritual development. This brief historical anomaly is coming to an end. The developing macroeconomic crisis and pending ‘great reset’ are the threshold to a grim near future; the degrees of freedom laboriously accumulated by the last 4 or 5 generations look set to be trimmed back as we enter the golden age of crony capitalism, social credit and digital feudalism.

Not since the medieval period has there been such socioeconomic disparity.

The world’s 2,153 billionaires now control more wealth than the 4.6 billion people who make up 60 percent of the planet’s population (1), and just 8 of these plutocrats own as much as the poorer 50% of the world’s population (2). Gates, Bezos and their ilk are largely above the law. Their perversion of capitalism has degraded our political systems and funds the political vermin who infest them.

The politicians then drive the Covid lockdowns that bleed income and opportunity from the entrepreneurial class and transfer it to the elites, including Big Pharma. The lockdowns have probably done little to affect Covid numbers (3), but have certainly killed many thousands; deaths of despair, caused by substance abuse and suicide, are on a tear (4). The loss of employment and social contacts, and the constant hectoring (and worse) by various enforcers causes the disorder known as social defeat.

I am not interested in the psychopathology of the ‘elite’. But I am interested in what current political, economic and nutritional shifts are doing to people’s hearts and minds.

I have written previously about the impact of poor nutrition on the brain. The modern, ultra-processed diet works via chronic inflammatory stress, Type B malnutrition and dysbiosis to lower IQ (5-8), reduce impulse control, impair mood and make us passive (9-17). It damages brain structures (18-21) and, over the long term, raises the risk of neurodegenerative disease (22, 23). That’s bad enough – but it gets worse, because the emerging thugocracy deals in social defeat.

Social defeat has mostly been studied in rodents. If, for example, you introduce a young male rat (or mouse) into the home cage of a dominant and aggressive older male, the outcomes are predictably negative. The newcomer is bullied into submission, develops neuro-inflammation (24) and shows all the signs of depression (25, 26).

Metabolic pathways in the brain are distorted in ways that mimic the changes found in the brains of depressive patients (27). The ratling will develop multiple neurotic (displacement) behaviours, cultivate a taste for self-medication with street drugs (28, 29) and/or alcohol (30-32) and die before his time (33), due in most cases to autonomic dysregulation (34).

Social defeat in humans can be just as simple. The rodent experiment has obvious parallels with abusive relationships which increase the risk of depression and other mental illness in the abused partner, together with drug and alcohol abuse (35, 36). Children are even more vulnerable, and lose considerable health (37) and life (38) expectancy.

Let’s return, momentarily, to the socially defeated Rattus norvegicus. Social defeat causes withdrawal, depression and impaired memory and cognition by inducing neuroinflammation (24, 39, 40); because immune cells in the central nervous system react to stress as if it were cellular damage (41). This is termed the Cell Danger Response, or CDR.

One could argue, teleologically, that the CDR exists because stress in animals is generally associated with physical trauma. The evolutionary process has therefore engineered a response to stress which not includes the flight and fight stuff, but also prepares the immune system for imminent physical damage and an associated microbial invasion.

If the stress is acute, this portfolio of responses is entirely protective. If the stresses are chronic (and humans are particularly good at creating chronic stress), they are entirely counter-productive.

The CDR is directly controlled by ancient pathways in the brain that are ultimately coordinated by centers in the brainstem, and which persist in human animals (42). Clinically, chronic activation of the CDR is believed to be involved in PTSD, depression, anxiety disorders, substance abuse and, in the longer term, degenerative diseases (42).

There is good news and bad news.

The good news is that the CDR is modulated by a population of gabaminergic neurones in the ventral tegmental area (VTA) and the closely connected dentate gyre of the hippocampus (43, 44), which link reward, punishment and discriminative memory circuits. These neurones can be favourably modified by GABA-targetting drugs such as erzogabine (45) and ketamine (46). They can also be modified by the considerably safer endocannabinoids (47) and the natural compounds found in saffron (48).

All the above compounds are effective in ameliorating social defeat in rats and mice (ie 49, 50), the cannabinoids have been specifically shown to down-regulate the CDR (49), and all of them are used to treat clinical depression and anxiety states. I have had some involvement with the validated extract Affron, which I happily recommend; together with physical exercise which supports the hippocampus and is anti-depressant (51-53) even under lockdown (54), and in defeated mice (55).

Innate immune cells are key players in the development of social defeat (56, 57). These include monocytes, which carry stress signals between the brain and the rest of the immune system (58) and the brain’s own immune cells, the microglia (59).

This suggests that a traditional diet, rich in antioxidants and anti-inflammatory compounds, will help to prevent social stress-induced depression – and clinical reality reflects this (60-63).

I particularly enjoyed the Parletta et al study (60), which has input from the redoubtable Kerin O’Dea. I would add the 1-3, 1-6 beta glucans, which enhance innate immune cell function and in addition to reducing infection, reliably improve mood (ie 64, 65); and the prebiotic fibers (66).

Now for the bad news.

While a pre-transitional (traditional) diet supports resilience, by supporting a healthy hippocampus and creating a generally anti-inflammatory metabolism, the modern diet has the opposite effect. By creating chronic inflammation, dysbiosis and Type B malnutrition, it makes social defeat more likely.

The modern diet explains why PTSD, depression, anxiety and the neurodegenerative diseases are all trending up (67, 68). These and the other ‘diseases of civilization’ create medical dependence, leaving us at the toxic and not-so-tender mercies of Big Pharma, and even more disenfranchised. We are all Okies now.

Next week: a Konsideration of Konsciousness, Ketamine, Kellogs, the dawning of SkyNet and how to prune your memory bank.

5. Woodley MA, Nijenhuis JT, Murphy R. Were the Victorians cleverer than us? The decline in general intelligence estimated from a meta-analysis of the slowing of simple reaction time. Intelligence 41(6), Nov–Dec 2013, pp 843-850 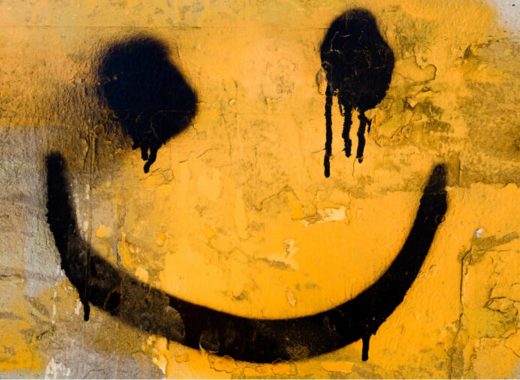 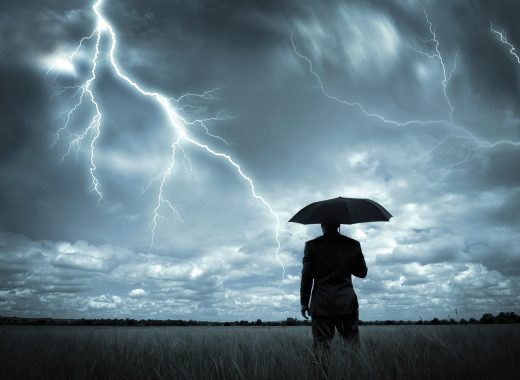 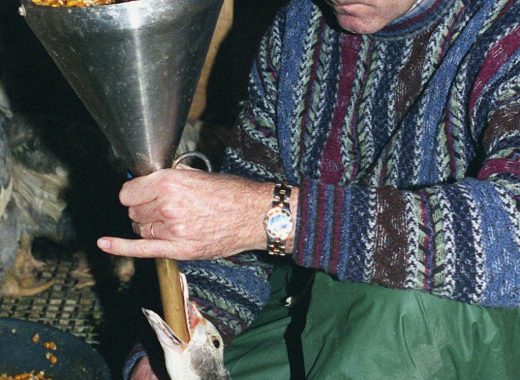