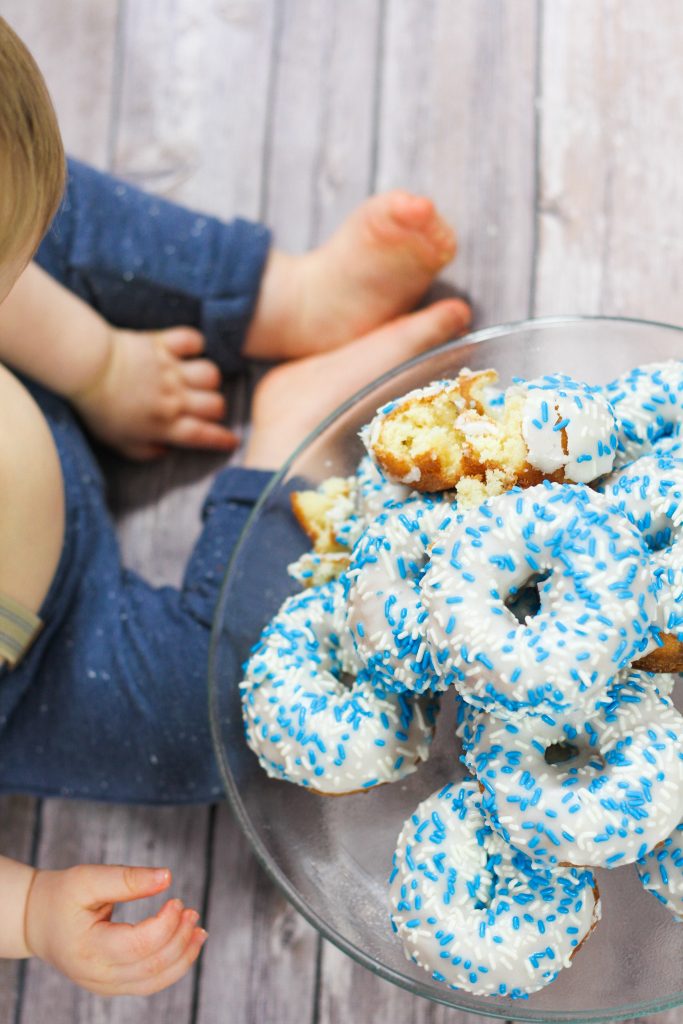 Most insults can be disregarded. Some are so harmful that they must be countered if we are to survive; and I’ll talk about these further down the post. But a third group of insults are actually good for us, because they make us stronger (hat tip Friedrich Nietzsche).

Back in the day, my friends and I regularly encountered real life bullying at school. I still remember ‘your lunch money or your life’ threats in the corridors, fistfights behind the assembly hall, and grievous bodily harm on the rugby field. We coped, however, and grew stronger for it.

But Nietzsche seems to be dead, and there is clearly something wrong with today’s snowflake youth. Despite a proliferation of anti-bullying policies, our young folk are more vulnerable than ever; and when I read reports of children killing themselves because of cyber-bullying, I really wonder. Unkind and/or uninformed e-comments can easily be filtered out or switched off – so what’s their problem?

One part of the problem is today’s ultra-processed and truly terrible diet. Our children are eating food that undermines and unbalances their brains, making them less resilient and more prone to depression, poor self-worth and poor impulse control.

As a result too many of them are medicated, with worthless and damaging drugs that enable these small square pegs to be hammered into the small round holes of a terrible educational system, but do nothing to help them heal. Our kids have three strikes against them from the start, thanks to the criminals and sociopaths who run the food, pharmaceutical and educational industries.

This unhappy combination makes them less able to cope with the insults that life inevitably brings; insults that our bodies and brains must learn how to process and resolve in order to thrive, as the great Hungarian endocrinologist Hans Selye explained. His work and the science of adaptogens, now known as xeno-hormetics, teaches us that certain insults, or stressors, are essential to our wellbeing. These are the insults that up-regulate our many stress proteins (SP’s), which can be regarded as part of Selye’s resistance phase.

Under normal conditions the SP’s main function is to carry damaged proteins to the cell’s recycling bins (the proteasomes) for controlled destruction and amino acid re-use, and then help new, newly folded proteins to replace the old ones. In short, the stress proteins are specialised transporters or chaperones that play a key role in protein turnover, and cell and tissue maintenance.

Given the importance of this role, it is not surprising that many of the SP’s are up-regulated in the body when rates of tissue and protein damage increase. Blood and tissue levels of the different SP’s spike in response to a range of insults including exposure to extremes of temperature, infection, inflammation, oxidative stress, starvation, hypoxia; and they are an integral part of the processes of adaptation (to the insult) and healing – which involves, among other things, the resolution of inflammation.

This is how xeno-hormetics such as ginseng, withania or rhodiola work. They are interpreted by the body as minor insults, and trigger SP synthesis. Once levels of SP’s increase, the body’s ability to adapt, strengthen, resolve inflammation and heal is generally enhanced (1). Specifically, there is evidence that xeno-hormetics such as ashwagandha and rhodiola cause the up-regulation of some SP’s (2, 3) and that this contributes to subsequent improvements in mental and/or physical performance (4).

Physical stressors can work in a similar way. The health benefits of saunas, for example, are generated via SP-up-regulation (5), and so are many if not most of the benefits of exercise. Physical stress causes an uptick in sestrins (6), a sub-set of the SP family, which leads to an interaction with AMP-Kinase (7) and subsequent improvement in muscle fitness (8).

Nrf2 can be regarded as another SP, which is modulated in an inverse way by oxidative stress. Its normally short half-life is extended by oxidative stress, allowing it to accumulate and enter the cell nucleus where it triggers the up-regulation of multiple antioxidant systems (9, 10).

If insults are persistently present in excess, however, to the point where they overwhelm even the body’s upgraded defences, they will inevitably lead to progressive damage and disease. (This is an example of Selye’s exhaustion phase.)

While recently snacking in the USA on what I thought was a relatively innocuous combination of savoury crackers, cheese dip and humus, I made the mistake of reading the contents labels on the packs. The cheese dip and the crackers were both full of high fructose corn syrup, which made them disgustingly sweet, and the humus was made not with olive oil (!), but corn oil.

Three fundamentally healthy foods had been sabotaged by Big Phood. General Mills, Mars and Nestle had crammed enough sugar and omega 6 fatty acids into these products to make them no longer nutritious but toxic, and engineered to create malnutrition, chronic inflammation and mental dysfunction including poor impulse control and depression (11, 12). This is one major reason why life expectancy is falling in the USA and its vassal state the UK, the ever-increasing rates of suicide and why one in 8 Americans is now dependent on potentially dangerous combinations of psychotropic drugs (13).

How, I wondered, could these food companies justify such criminal behaviour? Are they deliberately trying to poison us? I’m withholding judgement on that one, but having met some of Big Phood’s most senior officials, it is clear that they hold consumers like us in deep contempt. Their foods (or more accurately fodder) are, collectively, a most insidious insult to us as individuals, as parents and as members of what used to be polite society.

But it is so hard to stop eating their junk. We are time-poor, often cash-poor too and the ultra-processed foods are cheap and widely available. And they taste so good.

I have written previously how today’s mas-produced, ultra-processed foods are designed to be addictive, with fast-onset organoleptic rewards (sweet, salt, sour, crunch etc) that disguise their shoddy ingredients and lack of nutrients. Another problem is that their calorie density and excessive omega 6:3 ratios predispose us to obesity, chronic inflammation, disease and depression – which make us less decisive, less active. But now it seems that Big Phood’s Soma demotivates us too, even more directly.

Chronic inflammation in the body and brain triggers changes in the immune system which lead to profound changes in behaviour. Our natural response to sickness is to withdraw, reduce our activity levels, rest. This was originally designed to be an adaptative response to infection, encouraging us to use less energy to move around so that there was more available for the immune system to be activated, clear the infection and restore health. But now, thanks to our lifestyles and diets, we have low-level chronic inflammation almost all the time. And this is affecting our personalities, at a very profound level.

New research has revealed how this works.

The inflammatory cytokines produced during chronic inflammation down-regulate the mesolimbic dopamine neurons so that they produce less dopamine. Lower dopamine levels decrease the motivation for work, by reducing the perception of reward while increasing the perception of effort involved (12, 14-17). So we become apathetic. We disengage, we shrug our shoulders, we complain but we settle for our mediocre, mendacious politicians. We go back to the supermarket and buy more junk because it is less trouble to eat their Soma, and feed it to our squalling, hyperactive and malnourished children.

This same diet is lacking in the nutrients required to support resilience, and so we break more easily and opt for easier solutions – as do our kids. What we should all be doing is moving towards a more Mediterranean diet (18, 19); or, at the very least, consuming more polyphenols and carotenoids of the kind found in saffron (20-25).

You could go on buying the new, improved Soylent Green from Nestle, General Mills or PepsiCo. It’s an insult to us all, and our children are especially vulnerable. Or, you could stop eating ultra-processed foods, starve the corporate beasts and go back to culinary basics. It’s hard to start this process, I know. But once you start feeding your brain what it needs, everything gets easier.

4. Panossian A, Wikman G. Effects of Adaptogens on the Central Nervous System and the Molecular Mechanisms Associated with Their Stress—Protective Activity. Pharmaceuticals (Basel). 2010 Jan; 3(1): 188–224. 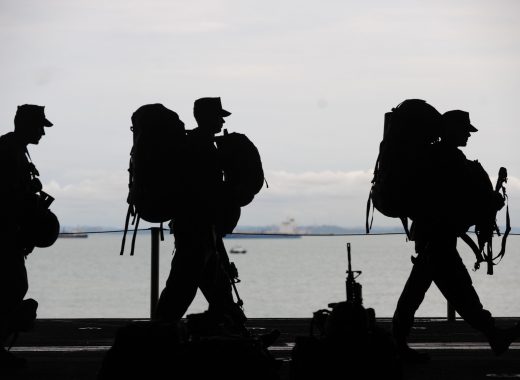 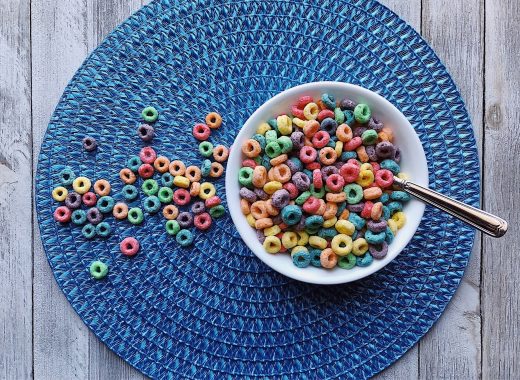