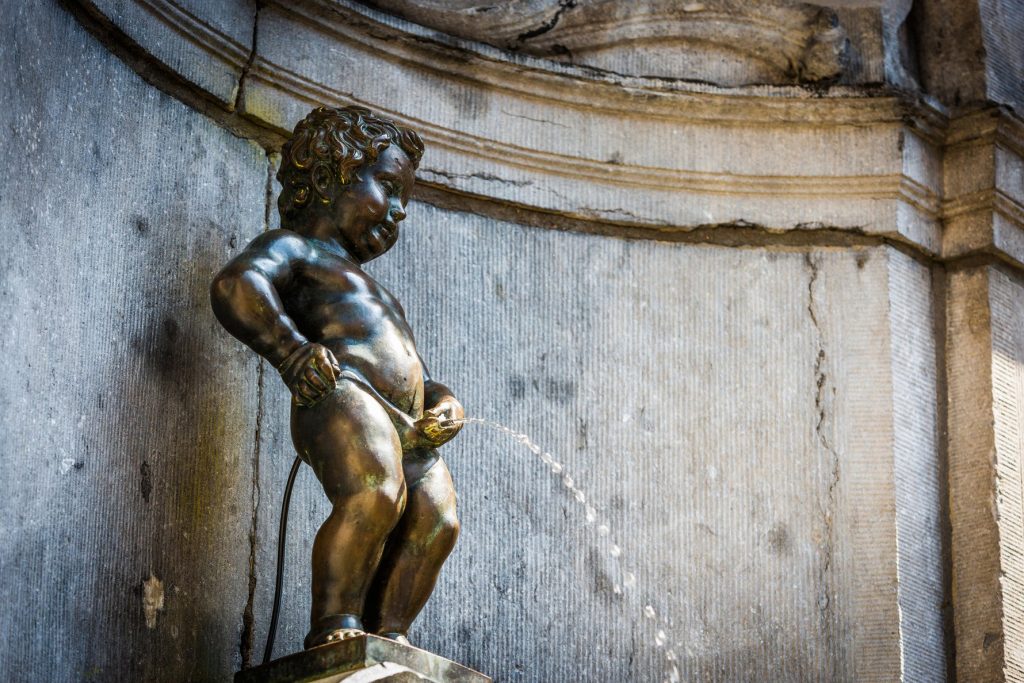 Anyone who does a good deal of teaching knows that running curricular laps can become a bit – well, routine. Every now and then, however, a student will surprise you with an unexpected and potentially valuable piece of information. These are the moments that make it all worthwhile.

I was discussing Afron, a validated extract of saffron with impressive anti-depressant and anti-anxiolytic properties (1-5), when Dutch therapist Jennifer Adler mentioned she was routinely using it to treat urinary urgency. Urinary urgency is a common condition and the drugs used to treat it are far from ideal, so I was immediately interested. As soon as the lecture ended I dived into the data bases and spent a happy day tracing new paths through the maze.

For anyone new to this topic, a little background.

It may cause incontinence, and it affects more people than you might think. As many as 1 in 6 men, and 1 in 3 women experience OAB at least occasionally (6), and between a third and half of those numbers experience it regularly (7, 8).

The frequency increases with age, so that in the over-65’s the total incidence is reported at around 30% (9, 10). As many as 50% of elderly patients in long-term care facilities are affected (5); and OAB is, in many cases, the reason for their admission.

These figures seem high but are probably conservative, because OAB is vastly under-reported by those suffering from the condition (10, 11). This is due to embarrassment, or because sufferers believe, mistakenly, that it is an inevitable consequence of ageing or childbirth. This may be true in some cases but there are multiple other causes, which can be treated.

OAB can be driven by a number of underlying pathologies. In younger adults it is typically caused by urinary tract infection, and is usually treatable (still) with antibiotics. In older subjects, a number of other potential causes become more important.

In older males benign prostatic hyperplasia (BPH) is often implicated. Considered by Western medicine as an inevitable component of ageing, it is in fact largely an artefact caused by the inflammatory modern diet (12-14) and is relatively rare in vestigial societies (15). BPH responds well to such natural therapeutics as validated extracts of pumpkin seed oil (16, 17) and saw palmetto (18).

In older men and women, diabetes is an increasingly common issue. Diabetes often co-presents with neuropathy where the bladder’s autonomic innervation is damaged, leading directly to impaired bladder function.

This still leaves a large number of idiopathic OAB cases where underlying causes have not yet been identified. Three of the most promising areas of current investigation are urinary dysbiosis, neuroinflammation and the age-related loss of urine concentrating ability, all of which are modifiable by diet.

Urine is not sterile – no compartment in the body is. The healthy urinary tract has its own symbiotic microbiome which is protective (19, 20), and part of the innate immune system; just as a healthy gut, skin or vaginal microbiome is. In idiopathic OAB the normal urinary microbiome is altered in ways that do not present as an obvious infection but which might, via inflammatory mechanisms in the bladder and prostate, drive OAB (21-25) and prostate disease (26).

There is a likely nutritional connection between colonic dysbiosis and urinary tract dysbiosis. Diets depleted in prebiotic fibers create dysbiosis in the gut, which drives local inflammation, which damages the gut epithelial barrier. This allows potential pathogens to leave the gut, enter the bloodstream and migrate to other tissues such as the lungs (27), skin (28), and probably the genito-urinary tract also.

Evidence for this derives from the fact that in male as well as female UTI’s, the pathogenic bacteria are mostly colonic species. Conversely breast-feeding, which supports a healthy gut microbiome, reduces the risk of UTI’s in infants and pre-term babies (29, 30). Probiotic species, taken orally, have been shown to colonise the urinary tract (31), and are reported to be helpful (32, 33).

There is evidence that UTI’s are increasing in number and severity (34), and while antibiotic resistance is implicated, urinary dysbiosis secondary to the colonic dysbiosis caused by the increasingly ultra-processed, prebiotic-depleted diet is likely contributing to this.

It might therefore be possible to alter the urinary microbiome in ‘idiopathic’ OAB with prebiotics, and I would like to hear from anyone whose condition has improved or changed in any way after taking ZinoBiotic. This may also be relevant in BPH and prostate cancer.

The second main area of interest is neuroinflammation.

Central sensitisation (increased responsiveness of nociceptive neurones in the CNS) has been implicated in OAB (35), which would make idiopathic OAB analogous to a chronic pain disorder. Central sensitisation appears to be driven in the majority of cases by chronic neuroinflammation (36) caused by the modern diet (37), and involves GABA-ergic neurocircuitry (38).

Neuroinflammation and central sensitisation are also implicated in depression and anxiety (39, 40), which would explain the strong association between depression and idiopathic urinary incontinence (41). Stress has also been reported to exacerbate symptoms of OAB. However, the associations are clearly bi-directional. OAB can have a devastating impact on quality of life, with fear of wetting accidents leading to social isolation, stress and depression (42).

Conscious control of the bladder involves not only the pontine micturition centre but also supra-pontine structures including the forebrain, obviously, and the hippocampus. Depression, stress, pain sensitivity, resilience and elements of micturition control all converge in GABA-ergic neurones in the ventral tegmental area (VTA) of the hippocampus and the closely connected limbic system (43-45).

Neuroinflammation is likely to increase the risk of all those epiphenomena, and probably idiopathic OAB also (46-48); so here is, perhaps, a fulcrum where we might apply therapeutic leverage over the overactive bladder.

The third topic, the age-related loss of the ability of the kidneys to produce concentrated urine, is also being re-evaluated. Long considered an intrinsic component of ageing, it appears that this symptom of progressive renal damage is just one more casualty of our unhealthy lifestyle. Vestigial cultures do not display this sign of ageing (49) which we could therefore prevent by re-establishing pre-transitional nutrition.

Which brings us finally back to saffron, via ezogabine.

The herb saffron runs parallel with ezogabine. It has anticonvulsant effects (52, 53), blocks the same potassium channels (54), and impacts on the VTA (55). It would therefore be predicted to have antidepressant and anxiolytic effects by increasing resilience, and this has in fact been proven in over 20 double-blind, randomised and placebo-controlled clinical trials (56, 57)

Ezogabine reduces bladder afferent nerve activity and reduces bladder pressure in pre-clinical models (58-62). In a small percentage of patients, this manifests as urinary hesitancy (63), which is effectively a counter to OAB. Might saffron be doing something similar?

Jennifer Adler has successfully treated a large number of her idiopathic OAB patients with Afron. I think she may have discovered something real. Saffron has traditionally been used as a diuretic, and was recently shown to possess diuretic activity (64) in a pre-clinical model. This would translate into enhanced bladder filling and voiding if, like ezogabine, it also reduces bladder smooth muscle tone and afferent nerve activity.

Considering the many and potentially serious flaws of the currently used anti-muscarinic drugs (65, 66), I also think she may have discovered something important. If her experiences are duplicated, and I’m now hearing similar reports from other users, Afron may find a major new indication as a treatment for idiopathic OAB; either as a standalone, or in conjunction with pelvic floor rehabilitation and CBT.

Next week: I remain below the belt, and reveal the fastest route to a man’s testicles. 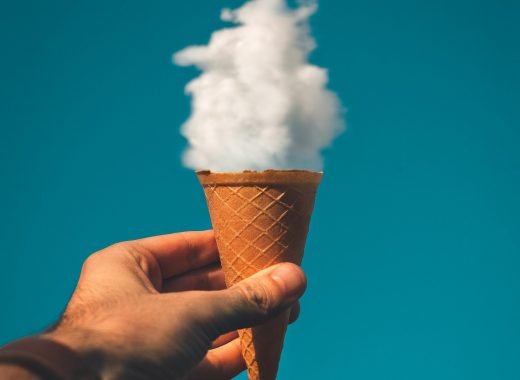 The Point of Bliss 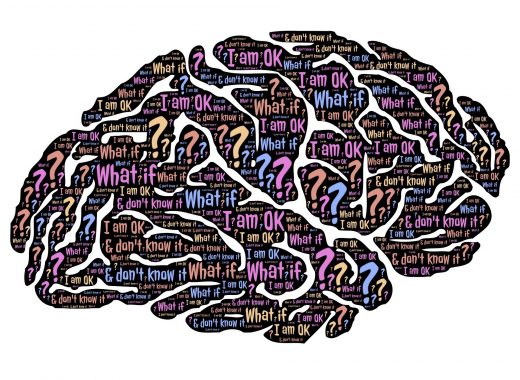 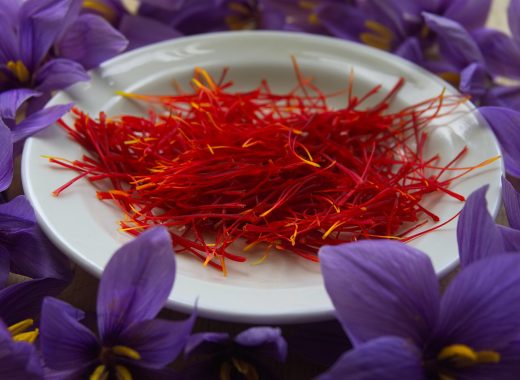